US Travel Industry Responds To Breakdown In COVID-19 Relief Talks 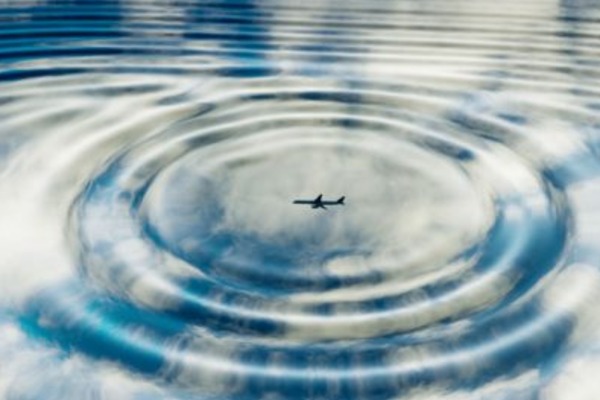 U.S. travel industry leaders were expressing “disappointment” at the breakdown in COVID-19 relief funding discussions and urging the White House and Congress to get back to the table and conclude a deal.

Expressing “deep concern” and pointing to the havoc that the global pandemic has wreaked on the business travel industry, the Global Business Travel Association’s (GBTA) interim executive director, Dave Hilfman said that: “With hundreds of thousands of jobs hanging in the balance, the business travel sector and the American economy need help now, not a month from now.”

And Hilfman added: “Our association and its members urge the Administration and Congressional leaders not to wait on a relief package, because without additional financial support from the U.S government, companies nationwide will be at serious risk of a meltdown.”

And he noted that: “If the economy is to come roaring back, business travel will be a major player. We need the travel system to be ready to meet the demand.”

U.S. Travel Association President and CEO Roger Dow said of the situation: “Hardworking Americans whose livelihoods depend on travel and tourism cannot wait until after the election for relief. The reality is that small businesses in every pocket of America are shuttering—they needed relief months ago, which has been made clear week after week.”

Dow said that: “With millions of Americans suffering, it is woefully shortsighted to end relief negotiations. New data from Tourism Economics shows that, without immediate aid, 50% of all travel-supported jobs will be lost by December—an additional loss of 1.3 million jobs. As travel supported 11% of all pre-pandemic jobs, it is simply not possible for the U.S. to expect a nationwide economic recovery without meaningful federal relief.”

And the USTA’s boss said that: “On behalf of America’s travel workers, we are disheartened in the extreme that Congress and the administration failed to reach agreement on the relief this industry so desperately needed, despite clear evidence of mounting harm.”

Dow also made it clear that: “U.S. Travel will continue advocating for relief for the millions of travel industry workers and small businesses who do so much for our economy.”

Airlines for America (A4A) president and CEO, Nicholas E. Calio said that: “We are disappointed that Congress and the Administration have been unable to reach an agreement that would save tens of thousands of highly skilled, quality jobs in the U.S. airline industry. We will continue to encourage all parties to get back to the table and conclude a deal. We have to hold out that hope.”

Calio pointed out that: “Thousands of airline workers across the country have already lost their jobs – and more furloughs are expected in the coming weeks – because Congress did not extend the successful Payroll Support Program before it expired on September 30, despite strong bipartisan support in the House of Representatives and the Senate. More than 300 Members of Congress publicly stated their support for extending the Payroll Support Program, direct payroll assistance that kept airline workers on the job and out of the unemployment lines since March. The President has indicated his support for the industry because of its unique circumstances.”

He continued: “Time already ran out for U.S. airlines and many of our employees, yet there is a glimmer of hope that our leaders in Washington will act and save these jobs before it’s too late to turn back the clock. Some U.S. airlines may be able to reinstate employees if they receive direct payroll assistance from the federal government soon, but that becomes increasingly challenging with each passing day.”

And Calio concluded: “Extending the Payroll Support Program is a critical step for preserving jobs, rebuilding the travel industry and restoring the economic health of our country.”

Chip Rogers, president and CEO of the American Hotel & Lodging Association, said of the stalled negotiations on COVID relief legislation: “This is unacceptable and inconceivable with millions of Americans out of work and thousands of small businesses barely hanging on.”

Rogers made it clear that: “It’s time for our leaders in Washington to put politics aside and chart a bipartisan path forward to help businesses and employees in the hardest-hit industries. Millions of jobs and the livelihoods of people who have built their small business for decades are just withering away because our leaders in Washington are prioritizing politics over people.”

And he concluded: “America’s hotel industry is on the brink of collapse. We can’t afford to let thousands of small businesses die and all of the jobs associated with them be lost for many years.”