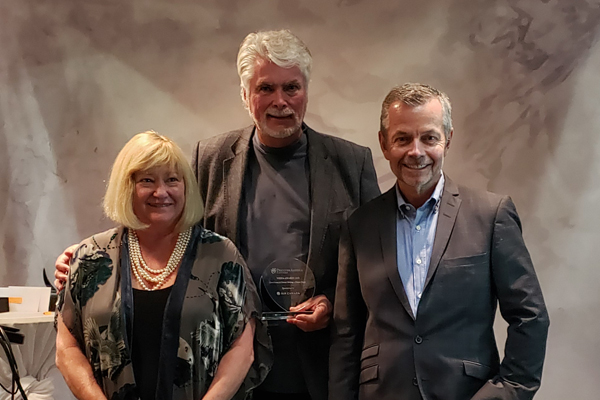 Canadian visitations to the United States have dipped this year, but the president of an American marketing firm that monitors cross-border travel predicts the drop will soon be reversed.

Scott Johnson of Travel Market Insights told Friday’s (Oct 4) Discover America Canada’s annual media day that the number of Canadians entering the U.S. is “down slightly this year but I think this is going to be short-lived.”

Johnson – whose company has worked with Statistics Canada – told his Toronto audience that 2013 was the “high-water mark” for Canadian visits to his homeland, which hosted 23.4 million of us that year.

Topping that figure is “absolutely within reach” in the near future, he continued.

Tourism to the United States from many countries like China – seen as a hugely attractive source market internationally as more Chinese travel abroad – has stalled, leading Johnson to report that, “we’re getting more and more phone calls about Canada. There are no new emerging markets.”

Johnson said Canada is often overlooked by some Americans wanting to attract foreign tourists to their destinations, even though it is “clearly the No. 1 (international) visitor market” for the United States and the top foreign visitor source for almost every American state.

In fact, Canada sent 455% more tourists to the United States in 2018 than Britain did, he reported.

Last year saw 69% of Canadians who visited the United States say they were “extremely likely” to return, Johnson added.

The event was also a proud one for Baxter Media as its own Greg Coates won two prizes in Discover America Canada Media Day’s first annual media awards. Coates won the prizes for Excellence in Travel Writing in a Travel Trade publication and Excellence in Travel Photography in a Travel Trade publication. Both prizes resulted from a fam trip to Texas and the winning picture and story appeared in Travel Courier.

Seen in the photo: