Home › Destinations › Discover Another Side of Hungary

Discover Another Side of Hungary 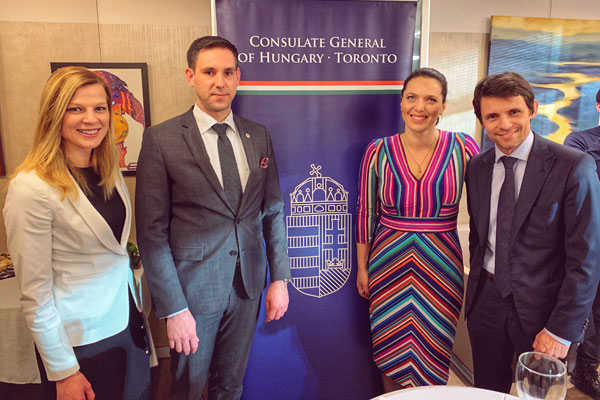 The vocal chops of a musical icon can be heard in the Spice of Europe promotional video for Budapest. The campaign spot features Queen’s frontman Freddie Mercury singing a Hungarian folk song during a concert behind The Iron Curtain in 1986 as it showcases the diversity of things to do in the capital city.

While Budapest remains the top draw for travellers to the European destination, accounting for roughly 80% of visitors, promotional efforts are underway to spread tourism across the country to areas like the Tokaj wine region and scenic Lake Balaton.

“Hungary is home to some authentic and unique experiences. Many travellers have Budapest in mind first so our capital was really popular in the last few years, but we really think it’s worth it to venture around and go outside of the city,” said Zsuzsanna Sarmon, regional head of business development, North America for the Hungarian National Tourist Office, in Toronto last night (March 18) ahead of stops in Vancouver and Seattle. “Whether it can be the Hungarian folk culture or the cowboys of the Hungarian plains or all of our thermal water or the hearty cuisine which is favouring paprika. So it’s for sure that you will find some authentic and unique experiences, which will turn into memories.”

Tamas Csordas, managing director of Budapest-based DMC Dynamic Tours, also shared some of the programs the company can put together for clients. Along with architecture and attractions, options include a treasure hunt in a local market and visiting the Vinylize shop where Zachary Tipton, a designer with Hungarian roots creates sunglasses out of vinyl, including the Black Ice series, made from AC/DC records. 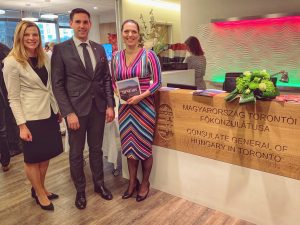 “He started in Los Angeles and moved back to Hungary, but by that time all the Hollywood stars were wearing his sunglasses,” he said. “One pair of glasses costs 500 euros.”

To soak up scenic views directly upon arrival, he says a popular option is to take customers for a welcome drink on the terrace of Fisherman’s Bastion situated on the Buda bank of the Danube before they even check-in.

“Cruises on the Danube are a must, really,” he added. “They are excellent at night because from the Danube you can see all the attractions, The Chain Bridge, the Fisherman’s Bastion, the Matthias Church, and all is illuminated and beautiful.”

Csordas also pointed out the destination has all the top hotel chains like Four Seasons and Kempinski, as well as boutique hotels and very affordable options.

Another option is a food tour, where participants can get a taste of dishes by renowned chefs in Budapest, including a dessert created by Bocuse d’Or recognized chef Tamas Szell.

Noting the direct connectivity with Air Canada rouge, Valer Palkovits, Consul General of Hungary in Toronto, said, “we’re very proud of our culture and history, but it’s a modern and innovative country too.”

Palkovits then opened up the consulate so attendees could take in pieces of art by Hungarian artists living in Canada while tasting Hungarian food and wine.