Home › Events › Discover The Magic Of An Indigenous Experience

Discover The Magic Of An Indigenous Experience 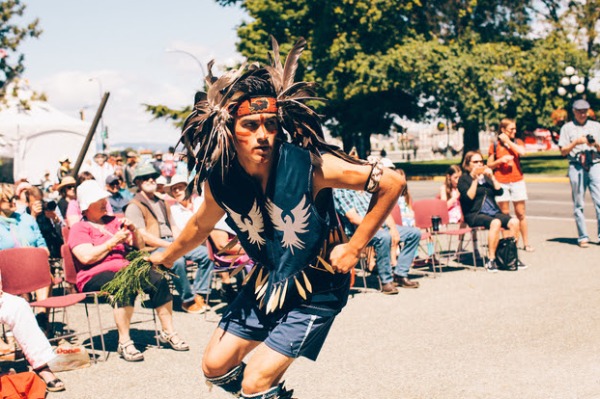 Daniel Picard-Binet wants travel agents to realize that Indigenous travel experiences are available from sea to shining sea. And they’re also offered if you head north as well.

Picard-Binet, with the Indigenous Tourism Association of Canada, told a Wednesday (March 9) Baxter Media webcast that such experiences are available in the different provinces and territories, and he used the webcast to describe options in a region stretching from Vancouver Island to Nova Scotia and North of 60 as well.

And those who opt for an experience offered by an Indigenous travel firm may have a greater impact than they initially realize, he added, stating they become a “very important” part of reconciliation between this country and its first inhabitants.

Many of the experiences Picard-Binet described Wednesday revolved around wildlife, with opportunities to see the likes of whales, orcas, grizzly bears, muskox, polar bears and caribou cited.

But Picard-Binet also noted that those venturing to the Northwest Territories may view the Northern Lights with an Indigenous-owned company, pointing to the likes of Aurora Village, which can have clients staying in tipis while seeking the celestial display.

North Star Adventures in turn can have people stay in ” a traditional tent in the middle of the bush” with “Aurora hunter” Joe Bailey.

Picard-Binet said Indigenous travel can also showcase cultural practices that date back to a time before this country existed.

“Once you take the time to discover Indigenous tourism I think it could be a magical experience,” he said.

Picard-Binet also noted that Indigenous tourism can provide insights into a darker period in this country’s history, with interior British Columbia’s Moccasin Trails willing to discuss the impact residential schools had on students.

The tour operator’s terrain includes Kamploops, where the first case of large numbers of student graves that caused widespread shock across the country surfaced.

Picard-Binet also noted that Indigenous tourism may be broader than some realize, with Indigenous-owned hotels and airlines available to travellers.

“We are the only industry that can help to reconnect with our history,” he continued.

Meanwhile, Picard-Binet, speaking from Calgary where the National Indigenous Tourism Conference was underway, said the industry is looking to a rebound.

“Our industry has been heavily impacted over the last two years,” he said. “Now we’re looking forward.”

More information is available at www.indigenoustourism.ca.