Discover The Mystery With Intrepid 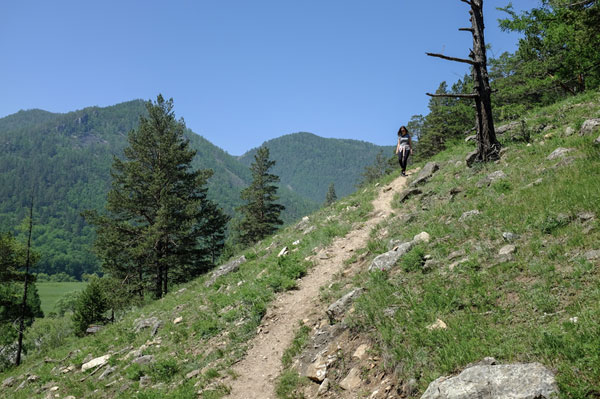 Small group adventure travel company, Intrepid Travel, is calling for applications for a one-off “Uncharted Expedition” that will see 10 travellers tackle a 2,200-mile trip into the unknown.

Featuring some towns and villages, which can’t be found on Google Maps, the 22-day expedition traverses a route that the world’s largest adventure company has never travelled before. Beyond the departure point of Astana, Kazakhstan, and the finishing point of Ulaanbaatar, Mongolia, the trip itinerary will be full of unknowns – with travellers only given small hints about what’s in store.

The only certainty is that they’ll explore little-known parts of Central Asia. Intrepid Travel co-founder Darrell Wade said the ‘mystery’ trip is unlikely to appeal to anyone but the most courageous travellers.

“You won’t know where you’re going, what you’ll see, where you’ll stay or what you’ll be eating. There’ll be long travel days, intermittent electricity and Wi-Fi, a few cold showers, and a few treats along the way though, including fermented mare milk. But it’s going to be a real adventure. One day you could be hiking through the world’s most remote and breathtaking landscapes; the next, soothing your aching muscles in a sauna in the middle of nowhere.”

The expedition, departing June 30, 2019, has been designed to celebrate the company’s 30 years of operations next year.

“When we first started out and we wanted to go somewhere new, we’d place a classified ad in the newspaper, calling for intrepid people to join us on research trips. Thirty years later, we go to more than 120 countries and we still get a thrill out of discovering new places with our most curious travellers,” Wade said.

The Uncharted Expedition is part of Intrepid Travel’s Expeditions range, a style of tours that the adventure travel company still uses to discover new destinations and test new trip ideas.

Travellers on the Uncharted trip will be asked to provide feedback, which will determine if the tour is added to Intrepid Travel’s 2020 Expeditions offering.

The trip will be led by one of Intrepid Travel’s most experienced local leaders, and has been secretly planned with the guidance and expert knowledge of its destination managers.

Intrepid Travel’s Uncharted Expedition is available from today, at $6,650 per person, excluding flights. Spaces are strictly limited to one departure only.