Home › Destinations › Discover The Spirit Of The West Midlands

Discover The Spirit Of The West Midlands 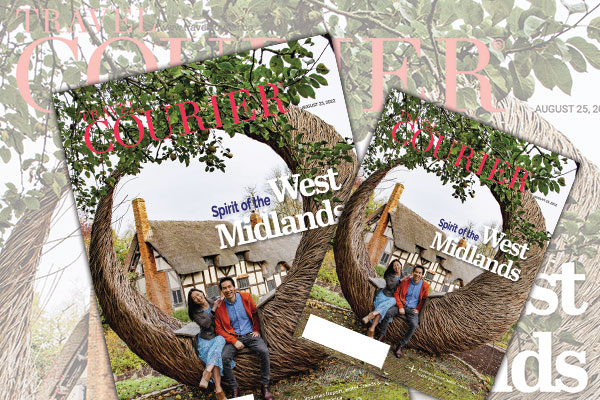 Walking through the streets of Coventry, tour guide Roger Bailey is eager to share a story that’s “a thousand years in the making.” The legend goes that Lady Godiva, a key figure in the history of the region, pleaded with her husband to provide a tax break for local residents.

“He said no, but she didn’t give up, she came back to him again and again, so many times he got so fed up, he decided to give her an impossible challenge, thinking she wouldn’t do it — ride through the streets of Coventry naked — and if you do this, I’ll lift the taxes,” explains Bailey. “We’re told she cares so much about her people, she decides to do the ride. Out of respect, everybody turned their backs, except for one, who we now call Peeping Tom.”

Although it’s debatable whether or not the incident actually took place due to a lack of official records, depictions of the scene remain today at sites like The Lady Godiva Clock Tower and The Lady Godiva statue.

Found in the West Midlands, which is known as The Heart of England, Coventry offers an eclectic blend of old meets new. The Coventry Cathedral, which was destroyed in a fire during the Second World War, is a must-see site. Newly reconstructed in 1962, the outer glass wall purposely reflects the ruins of the old cathedral, symbolizing hope for the future without forgetting the past.

For the full story, don’t miss the latest issue of TRAVEL COURIER or checkout the flipbook version here.