Discovering The Flavours Of Korea 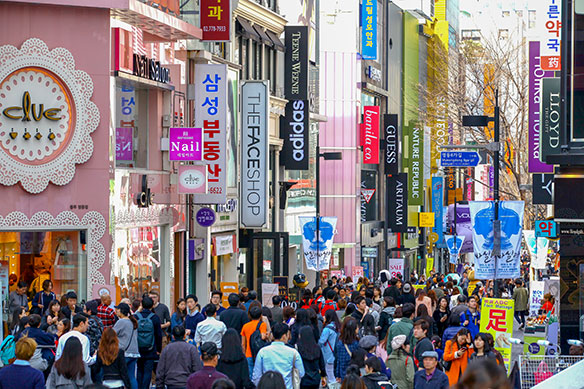 The Korean Tourism Organization has provided members of the tourism industry some food for thought, reports Press Today’s Ian Stalker.

The KTO held an Aug. 27 virtual tour that had a tourism guide using the internet to showcase different aspects of Korea, including the country’s distinctive and often spicy cuisine.

And participant Randy Snape of the KTO used the tour — offered in place of a traditional fam trip because of the coronavirus pandemic — to offer his own insights on Korean food for those who wanting to know how spicy a particular dish might be.

“Remember the general rule when it comes to Korean food. If it’s red it’s generally spicy,” said Snape, who spent eight years in the Asian country.

Chinese restaurants are also popular, with Chinese food having been introduced to Korea by Chinese merchants.

The food scene has also enhanced by the more recent arrivals of the likes of Thai, Vietnamese and Malaysian cuisines.

Salad restaurants are also common, with the guide reporting “people want to be healthy.”

Also, easy to find are specialty coffee shops with “cute interiors” and Seoul has a self-serve beer restaurant.

Seoul is a focal point of Korean tourism, but the guide said there are many other destinations in the court deserving of visitors, among them Jeju Island. The “very beautiful” volcanic island has Indigenous vegetation and a well-developed tourism infrastructure, the guide reported. Jeju’s scenery makes it popular with Korean honeymooners.

Those exploring Korea can also have “the experience of being Korean,” thanks in part to being able to visit a traditional Korean village where female visitors can wear Korean dresses.

Gyeongju was a former Korean capital and is home to historic temples.

The guide added visitors can easily encounter Korean culture, including the likes of K-pop music. Korea’s movie industry is also building a following, underscored by the success of Parasite, which last year won four Academy Awards.