“Arrive As A Guest, Leave As A Friend” 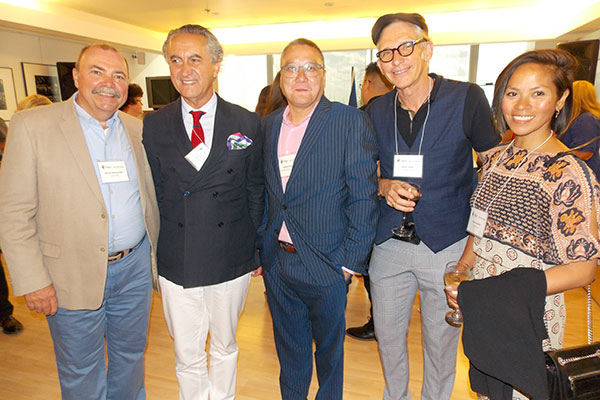 It’s not often that a Count comes to invite you to stay at his home … or for that matter, the home of many of his friends, but that’s essentially what Count Francisco de Calheiros e Menezes, president of Solares de Portugal did last night (June 25) at an intimate gathering of top agents and operators at the Consul General of Portugal’s offices in Toronto.

Admitting to his audience that while this time around he was only making a short visit, his first visit to Canada was more than enough to convince to return and explore all of this country’s wonders.

And Count de Calheiros also pointed out that because Canada and Portugal are so close – which good airlift between the two nations – it makes all the more reason “to visit each other.”

For Canadians who might not know, de Calheiros explained that the Solares de Portugal is a network of 120 Manor Houses that began offering a different kind of accommodations to travellers some 30 years ago.

These are family homes that have been painstakingly renovated and maintained. They’re not hotels and each one offers its guests a holiday experience with a personal touch, or as the Solares de Portugal’s tag line says: “You arrive as a guest and you leave as a friend.”

History, architecture, art, antiques, nature, food, wine and more are on display at the Solares de Portugal’s homes, which have been divided into four distinct groups – Casas Antiqas, Quintas e Herdades, Casa Rusticas and Casas no Campo – that reflect the kind of experience they offer their guests.

Each of the homes is steeped in history and welcomes guests with no end of stories about its origins. For example, Count de Calheiros’ family has been living in their home since the 12th century and if you know your history, a lot has happened in Portugal in the 800 years or so.

Count de Calheiros noted as well that the Solares de Portugal aren’t about mass tourism, they’re about tourism for individuals, for people who want to explore and discover both the Solares and Portugal in a unique way.

Check in at www.solaresdeportugal.pt for more on the Solares de Portugal. And for more on Portugal, go to www.visitportugal.com .