Disney To Set Sail From New Orleans in 2020 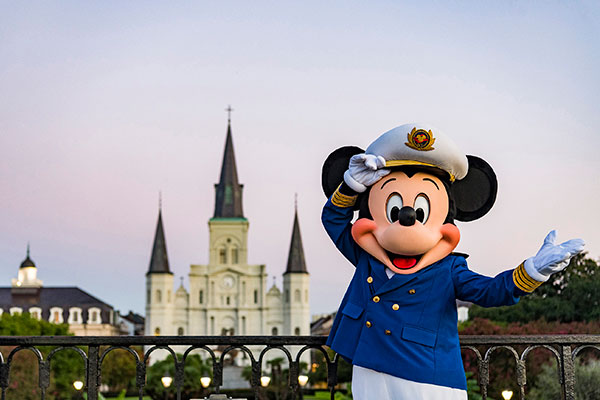 In early 2020, Disney Cruise Line will add a new home port in New Orleans, as well as a return to the Hawaiian Islands.

Disney Cruise Line will also return to Puerto Rico for a limited time and continue guest-favourite itineraries to tropical destinations from Florida and California.

Bookings open to the public on Oct. 4.

In 2020, the Disney Wonder will embark on a variety of Caribbean and Bahamian cruises from New Orleans – the first time Disney Cruise Line will have a home port in Louisiana.

The Disney Wonder will embark on six cruises during this limited-time season from New Orleans, including four-, six- and seven-night Western Caribbean sailings; a seven-night Bahamian cruise; and a 14-night Panama Canal voyage, departing Feb. 7 through March 6.

After a five-year hiatus, the Disney Wonder will return to Hawaii in early 2020 for two special cruises: a nine-night voyage to Honolulu from Vancouver on April 29, and a 10-night sailing back to Vancouver on May 8.

The Disney Wonder continues its standout season with returns to popular home ports on both coasts. First, the ship sets sail for the Southern Caribbean during two seven-night voyages departing Jan. 19 and 26 from San Juan, Puerto Rico, followed by a five-night Bahamian cruise. Then beginning on March 20, the ship embarks on seven sailings to Baja and the Mexican Riviera, ranging in length from two to seven nights, from San Diego.

Disney will have three ships sailing to the Bahamas and Caribbean from Florida in early 2020, and every cruise includes a day of fun on Disney’s private Bahamian island reserved exclusively for Disney Cruise Line guests, Castaway Cay.

From Port Canaveral, the Disney Fantasy will sail seven-night Eastern and Western Caribbean itineraries, plus two special sailings at six- and eight-nights each.

From Port Canaveral, the Disney Dream will sail three- and four-night Bahamian cruises to Nassau and Castaway Cay.