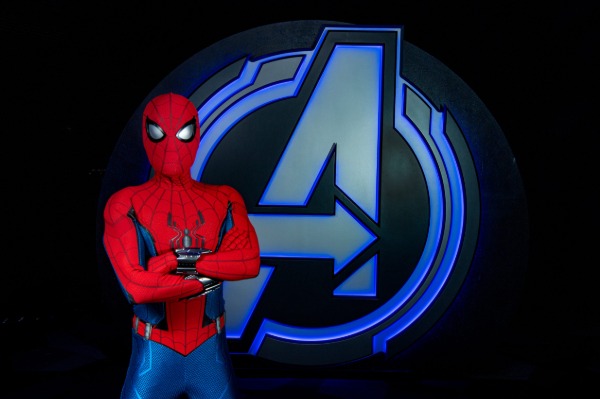 Avengers Campus, an entirely new land dedicated to discovering, recruiting and training the next generation of heroes, will open July 18 at the Disneyland Resort, inside Disney California Adventure Park.

Guests who are lifelong fans of Super Heroes and those discovering them for the first time are invited to team up with the Avengers and their allies to live out their “Super Hero” dreams in this fully immersive land that mixes innovative technology and fun for all ages.

Avengers Campus brings together Earth’s Mightiest Heroes for the common good, and they’re calling all recruits to join the action: Team up with the Avengers and their allies; sling webs with Spider-Man; taste-test inventive food and drinks and become part of a bigger universe. Visitors of all ages will find their powers as they unite with family and friends to take an active role alongside some of their favourite heroes, with a chance to live out their own heroic story.

Guests will have the chance to witness Spider-Man swinging into action high above Avengers Campus with gravity-defying, acrobatic feats never seen before in a Disney park. That may inspire them to experience the new attraction, WEB SLINGERS: A Spider-Man Adventure, which takes guests on an interactive escapade.

Families and friends can also train with Black Panther and Wakanda’s elite guards, the Dora Milaje; team up to save The Guardians of the Galaxy from The Collector’s Fortress; encounter heroes (and villains), and experience the thrills as Avengers hold off their foes and save the day. Those seeking provisions for their next mission will find them at Pym Test Kitchen.

While exploring Avengers Campus, recruits may encounter Iron Man in his new armour, the Mark 80, revealed for the first time at a Disney park. Ant-Man and The Wasp appear for the first time at the Disneyland Resort and Doctor Strange will train recruits in the ways of the mystic arts at an ancient Sanctum. The villain Taskmaster also debuts at Avengers Campus, and Black Widow, Black Panther, Thor, The Guardians of the Galaxy, Captain America and Captain Marvel are among those joining the action.

“When we set out to create these extraordinary Super Hero experiences across the globe, we designed a new Spider-Man attraction for Disney California Adventure park in an immersive land with amazing character experiences,” said Scot Drake, portfolio creative executive for Walt Disney Imagineering. “We also crafted an original story that ties all the experiences together in ways that are authentic to these characters. We worked side-by-side with teams that brought the Avengers films and comics to life to create a place that champions the next generation of heroes.”

Guests will be able to taste-test foods like the Impossible plant-based large and micro meatballs with pasta served in a super-sized spoon with a tiny fork. Another choice is the “Pym-ini,” a panini on toasted focaccia with meats, cheese and marinara dipping sauce, which can be served by the slice or as a long, multi-portion sandwich. Those will go well with a glass of Pingo Doce, the distinctly green beverage from Avenger lore that will be available at Avengers Campus.

Gigantic soda cans and condiment bottles will be mounted in the vestibules so diners can tap into their accompaniments. Outdoor seating is a great place to watch for Super Heroes as they may be nearby taking on a challenge from Taskmaster.

Pym Tasting Lab: Adjacent to the Pym Test Kitchen, an oversized beer can overhead signals that grown-up beverages are available at Pym Tasting Lab. Guests may order a craft beer, ranging from a blood orange hefeweizen to an amber lager.