Do You Want To Upsize That Trip? 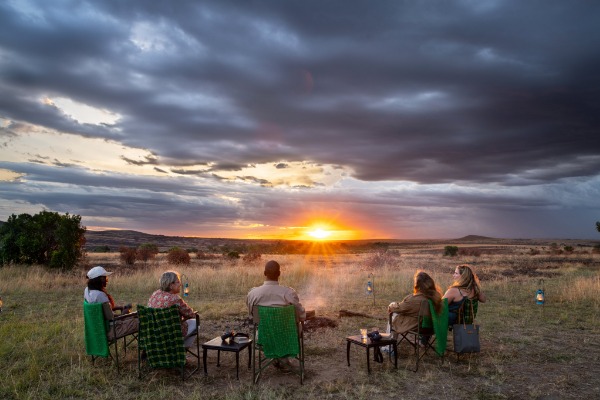 According to GlobalData while the worsening financial situations of consumers has been a widely-discussed topic during the global pandemic, many of those consumers have been able to bypass the financial squeeze and actually become efficient savers.

It is a trend that the data and analytics company says tourism companies shouldn’t overlook as the result is that not all travellers will be looking for a budget-friendly option for their next holiday.

With the cash saved and accumulated during the pandemic, many travellers may be planning to spend more than usual on their next trip.

In a survey, GlobalData found that when global respondents were asked if they were concerned about their personal financial situation, 13% stated that they were ‘not concerned.’

Although this is still significantly less than the 34% that stated they are ‘extremely concerned,’ it means that over one in ten of the global travel market could be financially unaffected by the pandemic and have even saved a considerable amount.

Ralph Hollister, travel and tourism analyst at GlobalData, observed that: “Many of the travellers that make up this 13% are likely to be white-collar workers that can work effectively at home. Due to spending the vast majority of their time being confined to their homes in the past year, the urge to travel would have built up.”

Hollister noted that: “This urge, combined with a significant increase in savings, could mean that many of these travellers will have developed a ‘treat yourself’ mentality, to combat the impact of the pandemic which has increased boredom and frustration for many.”

And he continued: “This mentality could be present as these consumers start planning their next holiday, which could result in them spending more on room upgrades, business class flights and higher quality rental vehicles.”

Hollister pointed out that: “As well as saving money on commuting, eating out and on other recreational activities, many of these consumers who have been unaffected by the pandemic have also saved by not booking a holiday last year, or by having their cancelled trip refunded.”

He said that: “This could mean that for their next trip, they will go bigger and better on more luxurious travel services and products. This trend could also be driven by a ‘now or never’ mentality, as when travellers have the opportunity to go on holiday, they will spend significantly more and stay for longer in case another situation like the COVID-19 pandemic reoccurs.”