Do Your Thing To Help Honour World Oceans Day 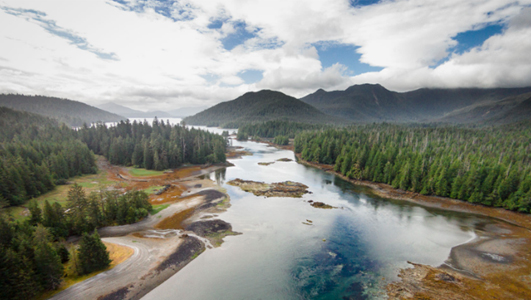 Everyone knows that our oceans cover more than 70% of the earth’s surface, and there’s no arguing that they play a huge role in global ecosystems and human well-being. But it may surprise you to learn there’s also nearly 500 dead zones and more than five gyres of plastic polluting our seas and marine wildlife, because the truth is, oceans are still largely a mystery to most of us.

Outer Shores Expeditions, which leads small-ship sailing expeditions along Canada’s pristine Pacific Coast, includes their guests in conversations about our fragile ocean environment and gently encourages ways we can shift our behaviours to make positive impacts in the face of imminent threats to our oceans.

In time for World Oceans Day, June 8, the following are Outer Shores Expeditions’ favourite tips for going easy on our greatest resource:

It’s difficult to comprehend the magnitude of this problem, but the issue of microplastics polluting our oceans is very real. Microplastics, or microscopic particles or fibres of plastic, are now found in virtually every litre of seawater, globally. As a result, microplastics are entering food webs and ecosystems, and have widespread consequences for human health. What can you do to help? Avoid cosmetic products that contain microbeads, wear more natural-fibre clothing rather than synthetic products (especially fleeces), install a filter on your washing machine to capture synthetic fibres, and reduce your use of all single-use plastic products.

Ocean acidification is the increasing acidity (decreasing pH) of seawater being caused by the uptake of carbon dioxide (CO2) by the world’s oceans from the atmosphere. As the oceans become more acidic, it becomes more difficult for marine species that rely upon calcification – including plankton, corals, shellfish, sea stars, and sea urchins – to form shells or other calcium carbonate structures, with huge consequences for the marine ecosystems we rely upon.

What you can you do to help? Reduce your CO2 emissions to combat both global warming and ocean acidification. Ride your bike to work, carpool, consider an electric vehicle, purchase local and seasonal foods, and incorporate more plant-based proteins into your diet – it all helps!

Raising awareness – and funds – is one of the best ways to support the work being done to protect our oceans. “Organizing a beach clean up is a fantastic way to remove plastics from the ocean and engage your community, but if you’re not near a beach, you can still help,” says Russell Markel, founder, president and captain of Outer Shores Expeditions. “We work with and support many organizations doing great work for our oceans, including the Hakai Institute, Adventure Scientists, Georgia Strait Alliance, and Surfrider Foundation. Joining or donating to one of these organizations, or calling your government representative to say ‘this matters to me’ – the impact cannot be overstated.”

To stay current on breaking ocean news and how to play a positive role, visit Live Science/Ocean.