Home › Destinations › Dollar Disparity And A Tale Of Two Countries

Dollar Disparity And A Tale Of Two Countries 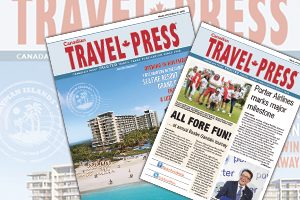 The percentage decline in travel from Canada to the United States in August was almost exactly offset by the percentage cross-border boost in the opposite direction: All thanks to the ongoing mismatch between the loonie and the greenback, reports Mike Dunbar in this week’s digital edition of Canadian Travel Press.

According to the latest numbers released by the US commerce department, the number of Canadians heading south was down 5.4% for the month, while the number of Americans heading north was up 4.7%.

Those stats meant that the southbound decline has hit 10.2% since the turn of the year, while the number of exchange rate-savvy Americans flocking north rose 10.5% during the same eight-month period.

From January to June the southbound drop-off rate had been trending at more than 13% over the same period last year and, according to the report, the last time the Canadian market showed an upturn was in November 2014, with a rise of merely 1.7%.

For the full story, check out this week’s Canadian Travel Press by clicking here.