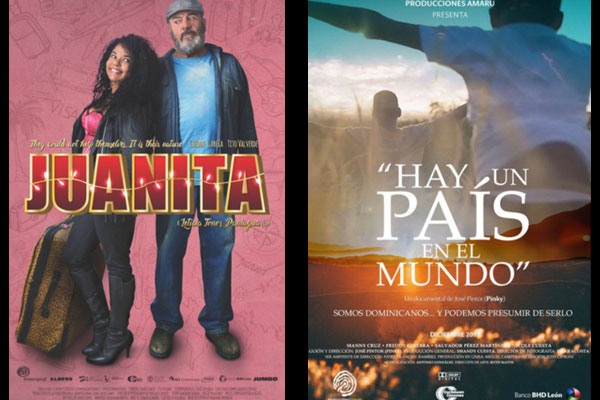 A selection of awarded Dominican films will be featured in Ottawa-Gatineau and in Montreal to promote the diversity of Dominican cinema. The free screenings, open to the public, will give movie lovers and Spanish film-enthusiasts a chance to immerse themselves in Dominican Spanish-language films, with English subtitles. Genres include documentary, comedy and drama.

The Dominican Film Showcase starts in Ottawa-Gatineau at the UNAM-Canada from May 28-30 with a new screening every day at 6 p.m. The opening night film, on May 28, is Hay Un País En El Mundo, followed by the movie Colours on May 29 and Juanita on May 30. The showcase continues in Montreal at the Cinéma Impérial on May 31, with the screenings of both Hay Un País En El Mundo and Colours at 7 p.m. and 9 p.m.

“This will be the first film event to be co-ordinated by the official institutions of the Dominican Republic in Canada with the support of the Dominican Film Commission (DGCINE), the entity responsible for the film industry in the country. This activity is very important to us since it is not a simple showcase, nor an isolated film event, rather, it intends to be the beginning of a series of similar showcases. The objective of this event is to promote the best of our cinema to Canadians, and above all introduce our Dominican filmmakers to the country that welcomes us,” said Pedro Vergés Ciman, Ambassador of the Dominican Republic.

Cosette Garcia, director of the Dominican Republic Tourism Promotion Office in Montreal, added, “Cinema allows us to gain a greater understanding of places that seem foreign by telling stories that are often universal in nature. We hope that the films chosen as a part of our first ever Dominican film showcase in Canada will provide new insights about a country that is so beloved by Canadians.”