Destination Has It All ... History, Nature, Music Culture And More 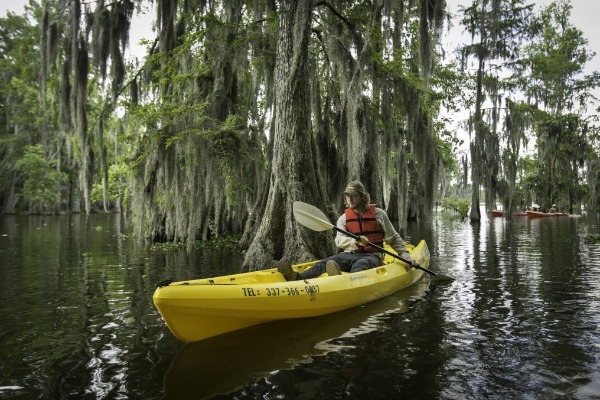 Lyn Pilcher has a suggestion for those interested in the likes of American history, nature, music and culture – don’t miss the Mississippi during American vacations.

And don’t overlook the regions that flank that mighty waterway either, says Pilcher, managing director of Mississippi River Country, which showcases all that’s found alongside America’s longest river, which winds its way through 10 states.

“Mississippi River Country is the heart of America, a place where visitors can travel through the history, culture and and natural beauty that defines us,” she said during an Earth Day webinar that paid particular attention to the natural attributes found in her area, such as Tennessee’s Great Smoky Mountains National Park, the most visited national park in the United States.

“While individually, each state is quite different, the Mississippi River is the thread that holds them together,” she added of the “world’s most famous and culturally rich waterway.”

Jake Juliot of Minnesota’s tourist board noted that the Mississippi “begins as a very small stream” in his state, with water there starting an 1,800-mile journey to the Gulf of Mexico.

Juliot said Minnesota will appeal to nature enthusiasts, and bills itself as the “Land of 10,000 Lakes.”

Minnesota’s National Eagle Center is home to bald eagles no longer able to live in the wild and Juliot said visitors can “learn about these beautiful creatures and see them up close and personal.”

Bald eagles can be spotted along much of the Mississippi.

Those who enjoy nature will also be in their element at the river’s other end, with viewers told that Louisiana offers them “bayous, birds and bikes.” Swamp tours are available for those vacationing in Louisiana.

Arkansas’ Ozark Mountains were praised as a “wild, rugged area,” with Kim Williams of the state’s tourist board stating the state’s pristine side ranges from “waterfalls to waterfowl.”

Nature is far from being Mississippi River Country’s only attraction, with viewers learning that those visiting Illinois, for instance, can tour part of famed highway Route 66, seen as offering travellers endless insights into American culture and landscapes as it winds its way through much of the United States; Tennessee’s Brushy Mountain State Penitentiary now offers visitors tours led by former guards and inmates, and also is now home to a restaurant and distillery; and Arkansas’ Crater Diamond State Park inviting people to search for diamonds and allowing them to keep any they find.

Music is also an important part of a region that has given the world the likes of jazz, the blues, Cajun music and other musical genres.

More information is found at www.mississippirivercountry.com.