Glimpse of Korean Conflict 'A Must' When Visiting 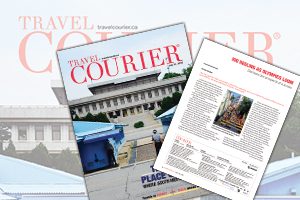 After quite literally signing our lives away by agreeing to the “possibility of injury or death as a direct result of enemy action,” in a “hostile area,” several passport checks, a security briefing and an outfit inspection, we were led by military escorts into the Joint Security Area of the Demilitarized Zone, known more commonly as the DMZ.

Although former US president Bill Clinton once referred to this area as “the scariest place on earth,” the fact that the heavily guarded 4-km.-wide, 240-km-long buffer zone between North and South Korea attracts thousands of visitors per week was somewhat reassuring to our group – who were on location for a VIP Air Canada fam in partnership with the Korea Tourism Organization to celebrate the airline’s inaugural daily non-stop service between Toronto and Seoul – and who inquired several times, “Is it safe?”

Our local guide was quick to mention there was no need to take pictures of the mildly alarming visitor declaration form, as she would redistribute the papers as souvenirs at the end of the tour.
A brief bus ride later and we found ourselves lined up in the presence of the Republic of Korea Military Police, armed in a wide-legged stance, facing towards, and mere metres from, North Korea.

The tenseness of the situation eased when we were informed we could take pictures (although, directed only straight ahead) and our guide added with a smile that it was, “selfie-time.”

“We understand that there are questions to visiting one of the most heavily fortified borders in the world,” says Randy Snape of the Korea Tourism Organization (KTO) office in Toronto. “We ask visitors to keep in mind that these tours have been run for years without incident. All tours have checkpoints and are military escorted in many zones. Any hint of a problem and the tours would be shut down.”

Our tour continued into one of the blue conference rooms where military negotiations between North Korea and the United Nations Command were held, and where the two Koreas meet for diplomatic engagements. Since the Military Demarcation Line that divides the countries runs through the room, as we made our way to the other side, our group unofficially stepped into North Korea before proceeding to get photos taken with the two officers guarding the room.

Located an hour’s drive from Seoul, tours to the DMZ have become extremely popular for tourists.

“A DMZ tour is a must do for anyone visiting Korea,” says Snape. “[It’s] a great way to see in the conflict along the Korean border with access points into life in North Korea, one of the most secluded countries in the world. Given the Canadian involvement in the Korean war, and the continued US presence along the border, there continues to be much interest in the area.” 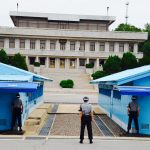 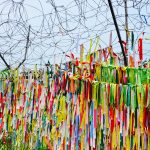 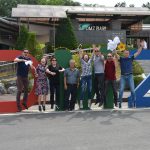 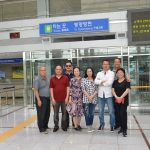 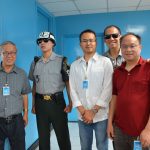 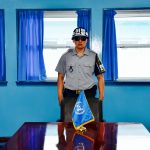