After A Decade, The TreadRight Foundation Has Learned Many Lessons 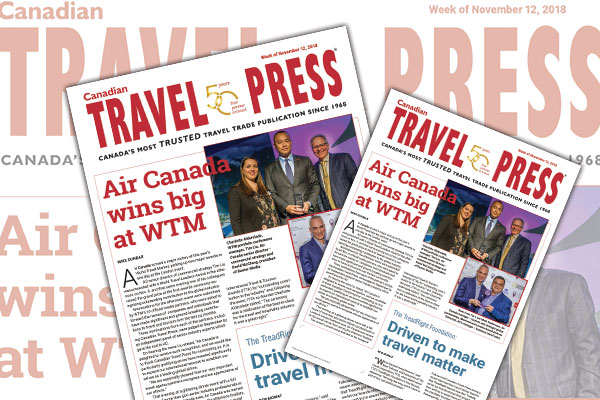 “We’ve learned many lessons,” said Brett Tollman, chief executive of The Travel Corporation (TTC), when asked about TTC’s TreadRight Foundation’s first decade, explaining: “We keep learning, which I think is part of any successful process.”
Tollman told Canadian Travel Press during a recent interview that one of the key lessons that TreadRight learned was that: “Initially, we let our brands choose their projects and then we’d try to assist them with managing the charitable foundations which they chose. Subsequently, we found it much better if we let them get on with selling and marketing their brand specifics and leave it to the experts [at the TreadRight Foundation].”

Pointing out that early on, TreadRight “funded $300,000 to WWF on a project in Australia with an indigenous tribe around where we operate in the Northern Territories and secondly, we gave $300,000 to the Conservation Foundation to support a local tribe in the Atlantic Forest and we seemed to see very little, in terms of the impact on the ground, from either of those investments.”

As a result, he said: “We found subsequently, working with different organizations that there were more effective ways to be meaningful and it was less about money than the actual projects.”

A third lesson, or perhaps, development would be a more appropriate way to describe it, is the TreadRight Foundation’s involvement with Craig and Mark Kielburger of WE and ME to WE.

Tollman observed: “Becoming more focused on and involved with WE and ME to WE — in a number of ways – allowed us to achieve one of our key priorities which was always to offer for the travelling public, purpose-driven travel, which I certainly believe is of growing interest and demand in the world as more and more people look to do something meaningful in their lives – not just fly to a destination and lay on a beach or do some general exploring.”

But Tollman, who has personally taken his family on ME to WE trips to both Kenya and India, notes that “those are just three learnings and as I’ve said, I think we keep learning.”