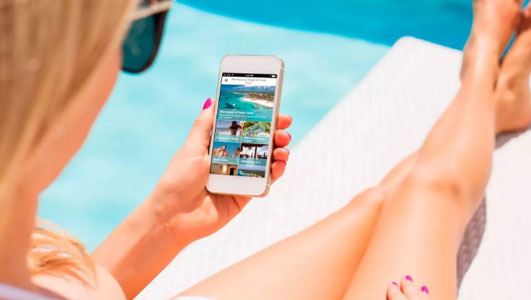 Club Med reports that 2017 saw the company demonstrate “dynamic” sales growth, increasing its client base to its highest since 2000 (up 6.6%). And supported by the momentum created by mountain and long-haul resorts, 2018 is expected to see further success across all of Club Med’s markets.
In 2017, Club Med’s business volume rose 3.8% to €1527 M and revenue increased by 4.4%. Net income before tax and non-recurring items increased by 20%.

Village operating profits also went up 16.6% and are growing in every region world-wide (Europe-Africa, America and Asia).

The strategy was supported by greater investments than in 2016 (€86 M ), with direct investments in new resort developments, the maintenance of existing resorts and digital advertising. Club Med’s real estate partners also contributed more than €300 M.

These results stem from the implementation of a strategy to meet the demands of modern families, mainly those in the 3G (3Generation), millennial family groups and active couples, furthering Club Med’s unique concept.
With a growth of 6.6%, Club Med reported the largest increase in visitor numbers since 2000 with 1.34 million guests in 2017, 80% of whom stayed in 4 and 5-Trident resorts.
All areas saw expansion in visitor growth:

Club Med continues to expand not only in its native France but globally, thanks to multiple new resort openings.

As for winter and summer bookings, to date, Club Med reports:

Henri Giscard d’Estaing, president of Club Med, observed: “Thanks to growth across all its global markets, a further rise in visitor numbers and another sharp increase in profitability, Club Med performed very well in in 2017.”

He pointed out that: “This is the result of the full support of its shareholder, Fosun, and the implementation of its three-pronged strategy: upscale, global and ‘Happy Digital’. 2018 is set to perform even better, with sales for the winter and summer seasons already significantly up from last year.”

Go to http://www.clubmed.ca for more.