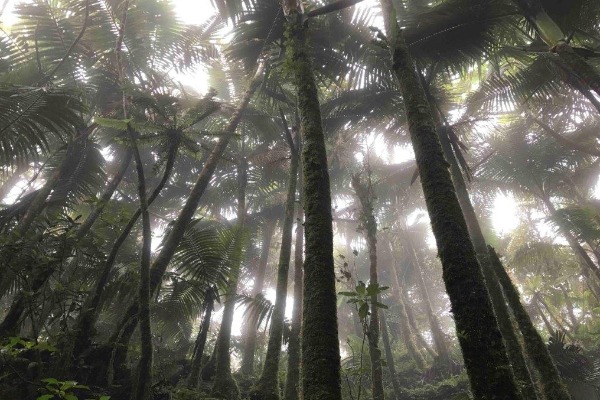 The Hawai’i Tourism Authority’s Kalani Ka’ana’ana expects those vacationing in Hawaii will find it a welcoming kind of place — particularly if they’re respectful of the destination’s inhabitants.

Ka’ana’ana told Baxter Media’s Responsible Travel & Tourism webinar on April 7 that the Hawai’i Tourism Authority is promoting the concept of “malama” — caring for the land — and he wants to see locals and visitors alike be respectful of one another.

“I always say Hawaii is a mirror,” Ka’ana’ana said. “What I mean by that is if you come to Hawaii with humility, respect and aloha, you’ll get that tenfold. If you come with anything other than that, you won’t get aloha (in return) … For us, it’s really how do you approach a place? What kind of intent do you have when you travel?”

Being respectful of locals who travellers come across during their vacations was one of the messages that webinar panelists repeatedly cited during the 80-minute event, with Ka’ana’ana stating that a lot of people associate Hawaii with “mai tais, beaches and hula girls …We do have a deeper story to tell,” he said of a jurisdiction that was populated and had a distinct culture prior to European arrival.

Ka’ana’ana assured viewers that Hawaii wants visitors to come but be respectful of the locals and their culture when doing so.

He added that those who wish to visit Hawaii for a restful stay are welcome to do so but there is a “deeper message of how to care” for the state as well.

Ka’ana’ana conceded that the tourism authority’s current campaigns of promoting and working to safeguard Hawaii’s Indigenous culture and its biodiversity has raised some concerns that that they may dissaude people from visiting Hawaii, with Ka’ana’ana stating that’s not the intention.

Malama is a “sister value” to aloha, he said.

Genevieve Huneault of the Indigenous Tourism Association of Canada in turn encouraged those who book Indigenous tourism experiences to be curious and respectful of those who are hosting them and “then you’re heading in the right direction.”

The shocking discovery of large numbers of unmarked graves at some of the residential schools that were housing Indigenous children for over a century horrified people but Huneault said it also heightened awareness of this country’s first inhabitants, which in turn is leading to more interest in Indigenous tourism.

“Now more than ever Canadians and international visitors want to be informed …,” she said. “They want to do that through experiences and travel.”

“Tourism means to bring people together …,” Huneault added. “We truly believe we can change the world (for the better).”

Nico Nicholas of Trees4Travel — which enables people to have trees planted in return for their travel, helping green the planet and offset the traveller’s carbon footprint — said that his project can lead to trees being planted in such far-flung locales as Haiti, Madagascar and Nepal.

The project among other things enables travel agents to purchase trees for their clients, making a client’s trip “climate positive” during a time of growing concern about global warming, he said.

Trees are seen as particularly effective in absorbing carbon emissions. Trees4Travel says a tree can be planted for the cost of a cup of coffee.

“We translate trips into trees,” Nicholas said. “When people are travelling, they’re leaving a positive impact … It is so simple to do.”

Nicholas added, “Travel holds an amazing ability to educate and to do not only good, but great things — it’s going to take all hands-on deck, and with your help, like with Baxter’s help and VoX, we will be able to grow this community effort.”

VoX International’s Susan Webb was a webinar panelist and her company has partnered with Trees4Travel. 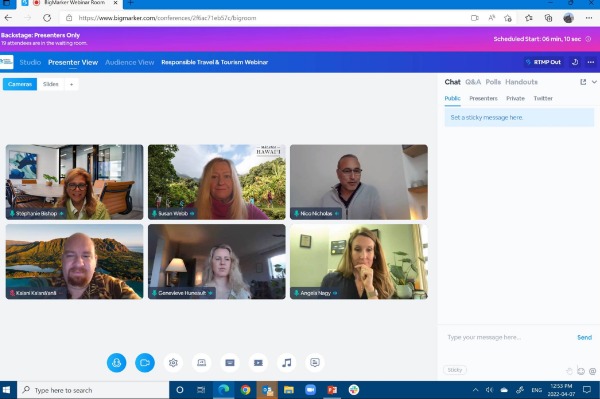 Among tour operators Trees4Travel has partnered with is the Globus Family of Brands, with Canadian director Stephanie Bishop telling viewers that her company has decided to “take a more proactive approach” when it comes to making the world a better place.

“Trees4Travel is one of the things we hold very close to our heart …,” she said.

Bishop — who said her company has “always had the ethos of doing the right thing” — said the company pulicly displayed its partnership with Trees4Travel at a Toronto event last year and the connection was well received by those on hand.

A survey by one tourism industry firm suggested that 87% of travellers want sustainability to play a greater role in tourism, she continued.

The term regenerative tourism is increasingly being used, with the concept enabling tourists to “leave things better than they found them,” Nagy said.

That can be done in a number of ways, she added, such as booking a tourism firm whose practices help alleviate local poverty.

Baxter Media has also partnered with Trees4Travel and each webinar attendee will have a tree planted on their behalf.