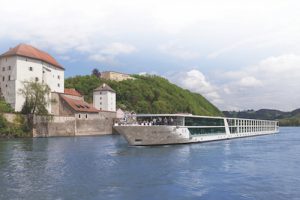 Guests travelling on a river cruise with Emerald Waterways this year can win a free cruise or a GoPro camera by doing what most vacationers do anyway – sharing some of their vacation photos on Facebook, Instagram and Twitter.

Just adding the hashtag #EmeraldVacation to the post and sharing where the photo was taken and their impression of the scene enters participants in the “Share Your Journey” photo contest, running through December. The grand prize is an eight-day Danube river cruise for two, awarded in January 2017, with two GoPro cameras being awarded at the end of August and October.

The Emerald Waterways team will re-post and share shots each month, and all tagged photos will be considered for one of three prizes. Rules, terms and conditions can be found on Emerald Waterways’ website.