Home › Destinations › Endangered Species Bouncing Back Thanks to Ecotourism

Endangered Species Bouncing Back Thanks to Ecotourism

Travellers May Have More Conservation Power Than You Think 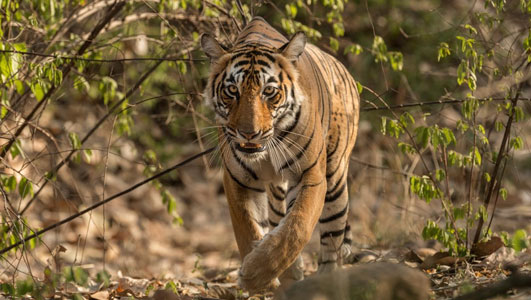 Between Botswana ending its five-year ban on elephant hunting and giraffes being considered for the endangered species list, there’s good reason to be concerned about wildlife conservation in the face of climate change, poaching and overpopulation.

Yet there are conservation success stories to tout, too – and eco-conscious wildlife tourism certainly plays a part. Natural Habitat Adventures, a global leader in responsible nature travel and the conservation travel partner of World Wildlife Fund, takes travellers to destinations where some threatened and endangered wildlife species are actually doing better in recent years.

According to the United Nations, travellers are a driving force for positive change when it comes to sustaining biodiversity. The revenue from tourists’ park fees, permits and donations made in-destination contributes to greater conservation achievements. Likewise, the increased appreciation for nature that comes with seeing a gorilla or a tiger in person also has an impact in circles of social influence. Simply put, the more visitors that wildlife attracts, the more incentive governments and private enterprise have to protect them.

The following are five species that are steadily making a comeback, thanks in part to ecotourism:

The endangered Bengal tiger is found in pockets of India, Nepal and other Asian countries, and while its habitat continues to decrease, the tiger population – currently around 3,900 – has been rising since 2010, thanks to vigorous protection within India’s tiger reserves, intensive anti-poaching programs, and co-ordinated efforts between governments, NGOs and local communities to build habitat corridors and reduce human-tiger conflict. Recently, Nepal has nearly doubled its big cat population, reporting an estimated 235 wild tigers in 2018, up from 121 in 2009.

Last year marked 40 years since famed researcher Dr. Dian Fossey predicted the extinction of mountain gorillas by the year 2000, due to habitat destruction, disease and civil unrest. While those threats are still very much a reality today, Fossey left a lasting legacy for protection: the International Union for Conservation of Nature (IUCN) reported in 2018 that gorilla numbers have increased to nearly 1,004 from 680 in 2008, and changed their “critically endangered” status to “endangered.”

With gorilla trekking becoming more popular among travellers, tourism boards and government organizations are also increasing the price of the permits required to see gorillas, in the interest of bolstering preservation efforts.

Despite being listed as “Near Threatened” by the IUCN due to habitat loss, decrease in wild prey, and conflict with cattle ranchers, jaguars are being seen with increasing frequency in Brazil’s 42-million-acre Pantanal, the world’s largest tropical wetland – which also happens to be a popular tourism destination with even greater wildlife density than the Amazon.

In 2017, a university study found that jaguar ecotourism represented a gross annual income of US$6.8 million across the Pantanal, and can be a conservation tool to incentivize more harmonious cohabitation between farmers and the big cat. 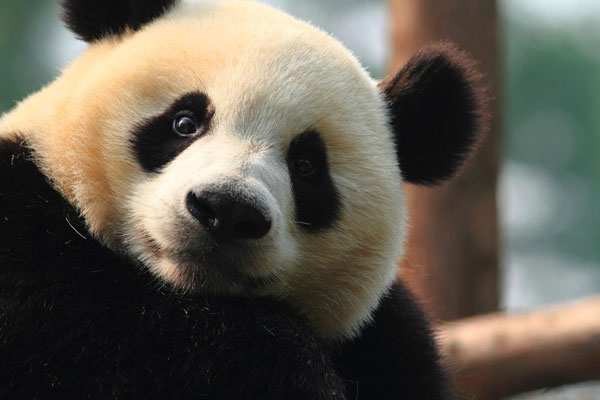 Found only in small pockets of bamboo forest across southwestern China, giant pandas have been experiencing habitat loss due to China’s ever-growing human population for decades, yet the IUCN still reclassified them from “endangered” to “vulnerable” in 2016, following major conservation strides.

Captive breeding and community-based conservation programs are working with local people to use ecotourism as a source of revenue, helping the panda’s numbers continue to rise. In 2018, Chinese officials announced that the wild panda population had increased nearly 60% (from 1,114 to 1,864) in only a decade, and that wild panda habitat has also nearly doubled in 10 years.

While an ecology study in Chile’s Torres del Paine National Park indicated a rise in Patagonia’s puma numbers due to an increase in government protection, its numbers are now believed to be in decline due to high levels of poaching and conflict with sheep ranchers who live just outside the park. However, there is hope that travellers could make it possible for ranchers and pumas to co-exist in this region; tourism revenue raised from visitors looking to track pumas throughout the park could potentially compensate ranchers for any loss of livestock. In the meantime, puma sightings are indeed increasing in Chile – so much so that Nat Hab has added a third day in Torres del Paine National Park to its Peaks, Lakes & Glaciers of Patagonia adventure, which takes guests into puma hunting grounds with help from a local guide.