Enjoy a Taste of Vancouver Enroute to Hong Kong 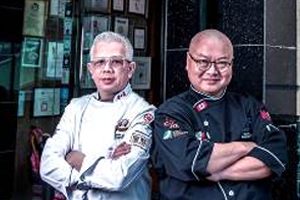 Hong Kong Airlines makes its North American debut with the launch of its non-stop daily service between Vancouver and Hong Kong on June 30 and to commemorate the new service the airline has partnered with two of YVR’s favourite dining destinations to curate a special culinary program in-flight.

“Vancouver is world-renowned for having some of the best Cantonese food outside of Hong Kong, and Dynasty’s long tradition of combining the freshest of Canadian ingredients with authentic Chinese cooking techniques truly showcases the best of East and West,” said Christopher Birt, general manager of Inflight Services of Hong Kong Airlines. “We are delighted to have them on board as our partner to create a menu that will not only be familiar to our Canadian customers but one that will also provide a great introduction to the rich diversity of Vancouver’s gastronomic offerings to our Hong Kong and worldwide customers.”

At the Fairmont Pacific Rim’s new restaurant, Botanist, resides David Wolowidnyk – one of Vancouver’s most visible and celebrated mixologists (holding titles including “World’s Most Imaginative Bartender,” “Canada’s Best Mixologist,” and “Bartender of the Year”), and now his award-winning cocktail creations can be found in the skies.

The Skybar (one of two on the aircraft) in Business Class serves Wolowidnyk’s signature cocktail called the Bauhinia, referring to the flower depicted in the Hong Kong Airlines logo. Made with Rémy Martin XO cognac, champagne, freshly-pressed grape juice, tea and lemon, the beverage is inspired by Hong Kong’s official flower – a hybrid plant native to Hong Kong.

The Bauhinia cocktail makes its debut on the inaugural flight on June 30 where Wolowidnyk is personally tending the Skybar for the airline’s business class travellers, including Jackie Chan. The cocktail will be available on all services between Vancouver and Hong Kong shortly after route launch.

Economy Class travellers are not forgotten on Hong Kong Airlines, as the airline serves a selection of snacks, including gourmet popcorn by Joe & Seph’s, available during the journey – perfect to create the best sky theatre experience alongside the iPad mini 4 pre-loaded with movies for passengers on the long haul Vancouver flight.

“Hong Kong Airlines is all about connecting people with many cultures in our vast destination network, and we want to celebrate the cities we service,” adds George Liu, chief marketing officer of Hong Kong Airlines. “We value and appreciate local culture, and this type of integrated attention enhances the connection to our brand as we welcome new travellers – which is imperative as we make our debut in North America and transform into a truly international airline.”