Home › Destinations › Ensemble Celebrates Its Past, Present And Future

Ensemble Celebrates Its Past, Present And Future 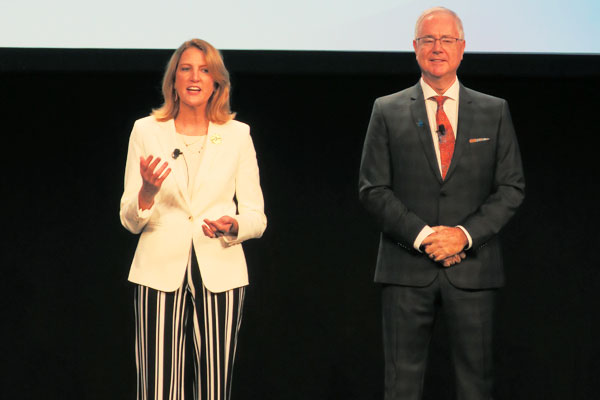 Press Today’s Ilona Kauremszky reports that approximately 900 members, suppliers, and guests are attending the annual conference which is themed “FASTForward on the Shoulders of GIANTS,” to commemorate the 50 years in the travel business. Ensemble Travel Group was previously known as GIANTS.

Pearlman along with co-president Libbie Rice acknowledged the overall years in the travel business by its current board members exemplifies milestones and longevity.

“How does 440 years in the business of travel sound?”he asked and added, “That number represents our Ensemble Board of Directors’ experience in the industry.” 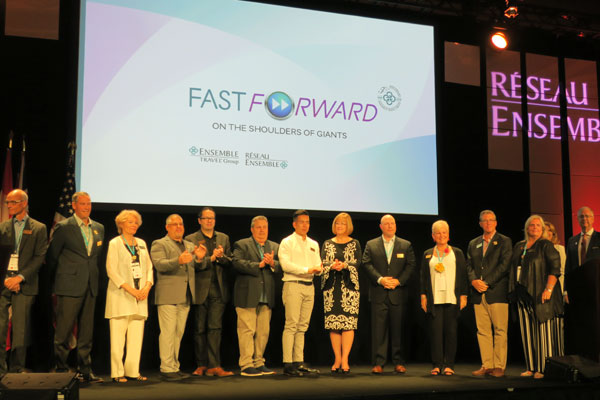 Warren Buckner of Gayety Travel Service, a founding member of GIANTS and a member emeritus on the board of directors also was in attendance to which a huge resounding applause occurred during a special shout-out to him.

At the show’s opener both co-presidents took to the stage to highlight some key moments in world and company history starting in 1968 with the launch of the first 747 rolling out on the production line; technological inventions like the micro processor by Intel; and yes, movies like 2001:A Space Odyssey and TV hits Hawaii 5-0 and Laugh-In, all of which made a splash then. 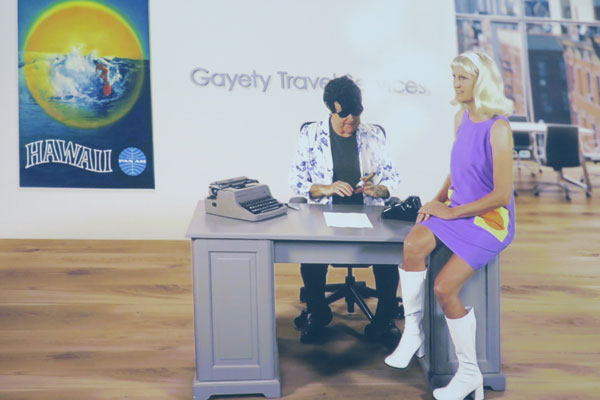 “From a technology perspective at Ensemble, the fundamental goal is to develop a portfolio of tools that members can easily understand, are comfortable using, and then can leverage to the maximum power within their business,” says Pearlman.

“We also know that staff support is crucial to the success so we’ve added resources and customized implementation plans to ensure the technology is tailored to members’ business needs before they are live.”

Watch for more resources in marketing with a strong emphasis on personalization across all branding channels allowing members to connect with their customers from print, digital to social media platforms. 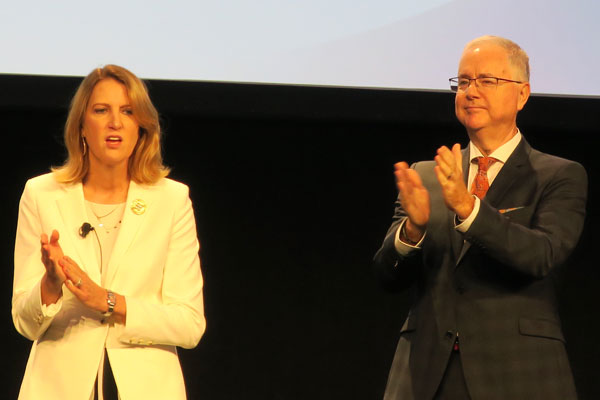 Delegates also heard the two leaders announce various marketing initiatives. For instance, in response to the growing popularity of “food-driven vacations,” Ensemble is publishing a new luxury magazine for its U.S. members called, The Traveler’s Table.

The new glossy publication is modelled after the popular culinary specialist program and magazine known as Bon Vivant, which was introduced to Canadian members in 2009.

Pearlman announced Ensemble’s last three years as the best on record and concluded by congratulating members on their strong sales performance. Rice added sales this year are “tracking ahead year over year.”

“If you’re in this room, think about how far you’ve come in your professional journey. More than likely you didn’t do it in major leaps. You did it in small steps just like GIANTS and Ensemble.”