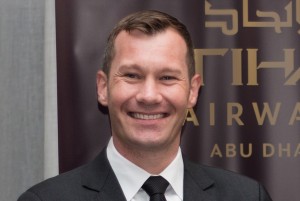 Thomas, the airline’s first general manager for the US, will be based in New York where he will be responsible for all commercial activity for Etihad Airways, as well as further growing the airline’s relationships with trade and corporate partners.

Thomas will report to Martin Drew, senior vice-president of The Americas for Etihad Airways.

Prior to his post in Toronto, Thomas served as regional general manager – Asia Pacific North and the Indian Subcontinent, and was based in Bangkok. He joined Etihad Airways in 2005 as the sales and marketing manager – Southern Africa and later served as the airline’s general manager – Thailand and state manager of Victoria, Tasmania and South Australia. Prior to joining Etihad, he various management roles in airport operations at Virgin Atlantic and served as corporate travel manager at De Beers.