Home › News › Everything Going According To Plan

Everything Going According To Plan

The Travel Agent Next Door On Target For A Bright Future 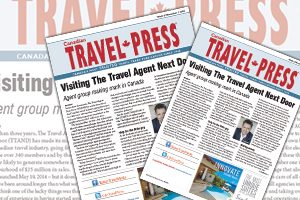 In less than three years, The Travel Agent Next Door (TTAND) has made its mark on the Canadian travel industry, going from zero to a little over 340 members and by the end of this year likely to generate somewhere in the neighbourhood of $35 million in sales, reports executive editor, Bob Mowat in this week’s digital edition of Canadian Travel Press.

“We launched May 19, 2014 – but it does seem like we’ve been around longer than what we have – and I think one of the lucky things was that I have a lot of experience in having started some businesses or running businesses when I was at Thomas Cook,” observed TTAND’s founder and president, Flemming Friisdahl when asked to talk about the group’s rapid development.

Yet from the beginning, Friisdahl told Canadian Travel Press he had “very realistic expectations that it takes longer than you expect and it will probably cost more than what you anticipate.”

Today, however, TTAND’s boss said that the agency group is “now pretty close to [meeting the targets of] the seventh budget that we worked on for a three-year plan.”

He pointed out: “We’ve been pretty tight to that and we haven’t really had to make many changes to that budget since we started. I would say that we’re on plan for what we expected, except we probably have a few more staff than we had expected. But we did that because it was important to meet certain service levels that we wanted to [achieve].”

But the result, Friisdahl said, is that TTAND’s 19 staffers now provide “the highest ratio of staff to agents that they support in Canada – nobody [else] even comes close to us.”

For the full story, readers can check out this week’s digital edition of Canadian Travel Press by clicking here.