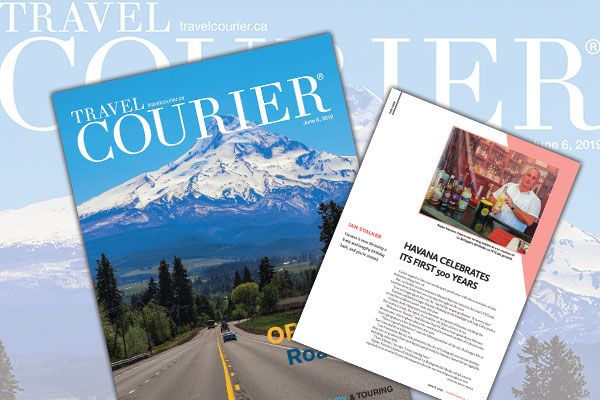 With such iconic landmarks as Mt. Hood, the Columbia River gorge – one of the top places in the world to windsurf – and Crater Lake, it’s no wonder Oregon is attracting adventure seekers like never before, writes assistant editor, Greg Coates in this week’s Travel Courier cover story.

Adventure can be found virtually everywhere in Oregon. With this in mind, Oregon tourism officials have extended an invitation for travellers to “come find [themselves] in our wild places.”

And what better place to disconnect than in Oregon, with its wineries, rugged terrain and mountain peaks, waterfalls, whitewater rivers and towering forests? It is one of the most geographically diverse states in the US, marked by volcanoes, abundant bodies of water, dense evergreen and mixed forests, as well as high deserts and semi-arid shrub lands.

Not unexpectedly, much of Oregon’s tourism attractions centre on the state’s natural features, including Crater Lake National Park (which comprises the caldera surrounding Crater Lake, the deepest lake in the United States), Multnomah Falls, the Painted Hills, the Deschutes River and the Oregon Caves National Monument and Preserve.

Mt. Hood (Oregon’s highest point at 3,429 metres) and Mount Bachelor draw visitors year round for skiing and other snow activities.

For history buffs, there’s the famous Oregon Trail, which can best be discovered at the National Historic Oregon Trail Interpretive Center in Baker City. Get the stories of the hopes, dreams, joys and heartaches of early pioneers.