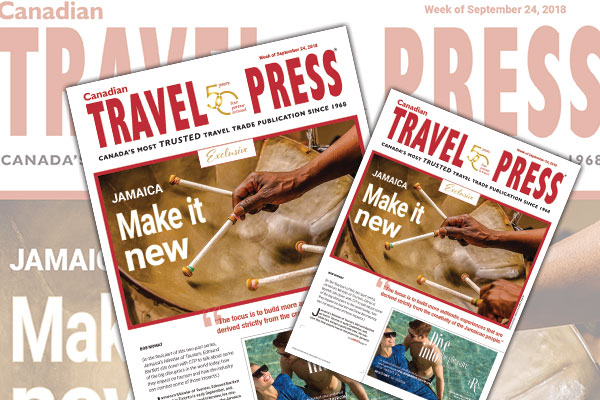 In the final part of this two-part series, Jamaica’s Minister of Tourism, Edmund Bartlett sits down with CTP to talk about some of the big disruptors in the world today, how they impact on tourism and how the industry can combat some of those impacts.

Jamaica’s minister of tourism, Edmund Bartlett arrived Toronto in early September and while he’s always a good interview, his mission this time around was to introduce the Jamaica Tourist Board’s director of tourism, Donovan White to some of the key players in the Canadian travel trade.

White has been in that post for about seven months now and Minister Bartlett told CTP that he wanted the industry up here to get to know White, observing: “I think I have said enough and I’ve been around long enough that the market understands me, but they’re going to have to focus on him [White] for the next few years as we continue the growth and build new vistas and new experiences and make new connectivities and explore new markets.”

Bartlett continued: “Actually, I’m excited about the prospects of having Donovan White as the new director of tourism for Jamaica. He brings to it a wealth of experience and knowledge in digital industries and the direction in which tourism is going today.”

The minister noted that digital marketing and digital transformation is going to be central to keeping Jamaica at the cutting edge and White “has come in with enormous experiences in that field, and with an understanding of marketing as well.”