EXCLUSIVE: Too Big To Fail? 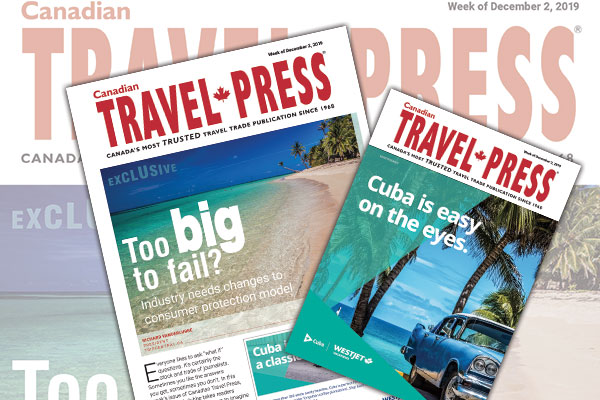 Everyone likes to ask ‘what if” questions. It’s certainly the stock and trade of journalists. Sometimes you like the answers you get, sometimes you don’t. In this week’s issue of Canadian Travel Press, Richard Vanderlubbe takes readers into the future and asks them to imagine “what if” the Canadian travel industry was hit by the collapse of a supplier that everyone believed was “too big to fail.” The resulting scenario is chilling and from where Vanderlubbe sits, it’s time for a change.

I invite you to join me on a journey into the world of “What if?” And after you read this, I’m asking you to think about what happens in your province and if you’re in Ontario, in particular, I’m asking you to write a letter to your MPP.

So close your eyes, clear your mind and imagine that it’s Friday, March 42nd, 2021 and it seems like any other morning before work. That’s until your phone starts blowing up with texts and emails from clients and co-workers. Seems like you’ve missed the big news — Albatross Airlines has ceased operations.

Albatross was renamed after a private equity fund took over a decades-old Canadian airline that went on an expansion whirlwind offering crazy fares in a bid to grow market share. Trouble was, hurricanes did major damage knocking tens of thousands of hotel rooms off the market for six months starting in the fall of 2020.

You flip between news channels to see the scenes at Pearson of people waiting for info. Once in the office, you realize that you alone have 38 files with Albatross, a family of five at the airport right now, 10 passengers leaving this weekend, and 18 who are currently in destination. And that’s just you.

The media has already caught the Premier and the relatively newly appointed Minister of Government and Consumer Services in an early morning scrum, who said, while walking by: “This is why we have TICO.”