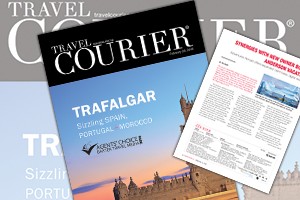 The recent ownership change at Anderson Vacations of Calgary will pay off for the company in terms of a newly expanded client base and greater expertise in digital marketing, reports western editor, Ted Davis in this week’s digital edition of Travel Courier.

These are two of the developments that new principals Adventures Abroad Worldwide Travel Group of BC bring to the table, following the sale of Anderson by former owner Corey Marshall at the beginning of 2016.

For instance, Adventures Abroad has built a loyal customer base across Canada, the US and UK by operating exclusive small group tours to over 100 countries worldwide since 1987.

The company has an existing client database numbering tens of thousands of high income travel consumers in the 50+ age group.

The possibility of selling Anderson’s tour programs (Canada, Alaska, Australia, New Zealand and the South Pacific) to this expanded group of potential travellers represents a huge business opportunity for Anderson Vacations, as well as to its destination and supplier partners, says new company vice-president Jai Mukerji.

Other companies in the Adventures Abroad group include Magic Yacht Charters, Bell Tours and Roseway Travel.

Each of these have their own separate corporate and traveller databases, and these now become available to Anderson Vacations.

As well, Adventures Abroad and its group companies have an experienced IT and digital marketing team already in place. This team has successfully used (SEO) search engine optimization and search engine marketing techniques to increase growth for the group year after year.