Experience Nepal Without the Crowds 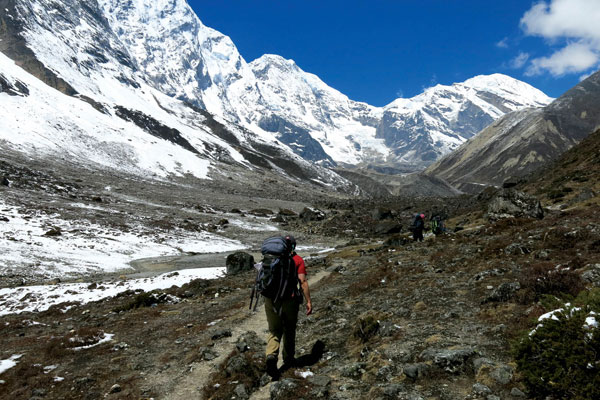 Having operated small group treks in Nepal for more than 40 years, adventure travel specialist World Expeditions advises that there are plenty of ways to take in the majesty of Mount Everest and its surrounding mountainscapes without the crowds.

According to World Expeditions CEO, Sue Badyari, going remote has been a consistent message to travellers.

“We have long encouraged trekkers to seek out alternative trails, as a way to avoid over-tourism,” Badyari says. “Our treks all over the world are designed for travellers who want to get off the main tourist trails and to go remote.”

The following are five ways to experience the beauty of Nepal and Mount Everest without crowds:

Take an alternative route: A trek such as the Gokyo and the Renjo La will take you to an adjacent valley to the more popular Mount Everest route and is, in comparison, deserted. Trekkers still get to experience Sherpa culture and will gain panoramic views of Mount Everest compared to the base camp, as they are not that close.

Choose an exploratory trek: Go wild into the rugged and remote corners of Nepal and find peace and serenity knowing you and your trekking group are far from the crowds. Embark on an exploratory journey where few have been before and trek into regions that have not been walked commercially, such as the seldom visited Damodar region, near Mustang and Tibet.

Head to the Annapurna region: You will find more than a dozen of walks in the Annapurna region, known for its winding mountain trails, colourful teahouses and spectacular mountain scenery. Often based out of Pokhara, Nepal’s second largest city, the Annapurna is at a much lower altitude than the Everest region, making for easier trekking and denser rhododendrons forests.

Trek the Great Himalaya Trail: The Full Nepal Traverse of the Great Himalaya Trail, the so-called “trekking’s holy grail,” covers 1,700 km, from Kanchenjunga in the east to Yari Valley in the west. It takes five months to complete (although its seven smaller stages can also be joined separately) and gives trekkers the opportunity to experience remote cultures of the country.

See Everest from Tibet: A highlight of the High Road to Lhasa is a visit to the famous Rongphu Valley to see Mount Everest’s north face from the historic base camp used during the expeditions led by Mallory in the 1920s. Unlike the better known Everest base camp in Nepal, this historic base camp is shared by only a handful of dedicated travellers each year.