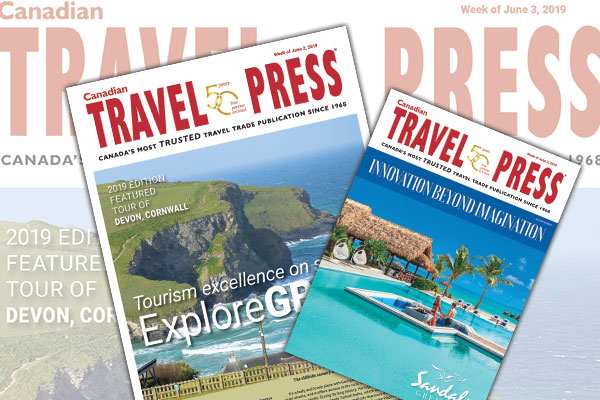 It’s not often that the needs of a large international conference and trade show, with delegates numbering nearly 600, can be accommodated in a town of just 75,000 souls in the northern English countryside, reports Western editor, Ted Davis in Canadian Travel Press this week.

But that’s exactly what was accomplished at the recent ExploreGB travel trade marketplace and convention, which was staged in historic Harrogate in North Yorkshire.

It’s a leafy and lovely place with Georgian-era buildings lining its mostly quiet streets, and it offers access to the rural Yorkshire dales just minutes from the city centre. During its long history, Harrogate became known for its spa waters and for its ornate Turkish baths, which are still functioning.

Residing together with these stately small-city charms is the modern Harrogate Convention Centre, which is linked to the Crowne Plaza Harrogate.

The centre has a 2,000-seat main auditorium and space for 1,600 in eight exhibition halls, plus numerous break-out rooms for smaller meetings.

The classically-styled Royal Hall theatre and function space is just steps away, and was put to good use for an ExploreGB dinner and party.