Exploring The Beaches Of Yucatan 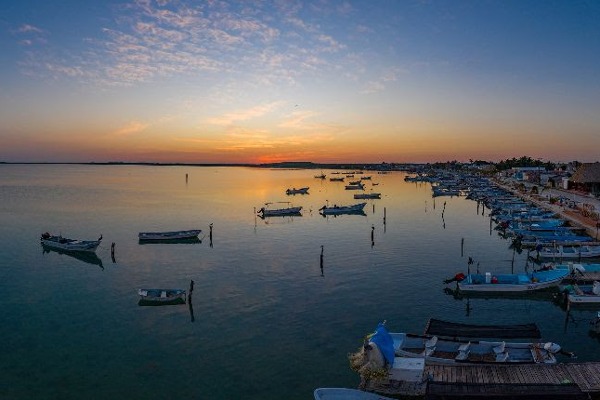 For those with clients looking for a beach holiday this winter, you might want to suggest they consider Yucatan, which recently received the Mexican Institute for Standardization and Certification’s “Platinum Beach” award.

The state’s almost 250 miles of beaches are not only ideal getaways but also stunning gateways to unique settings like jungle environments, picturesque towns, natural reserves, and colorful bodies of water in shades of emerald green and turquoise blue that envelop visitors in a mystical ambiance.

If you’re client is still thinking about where to spend the upcoming holidays, here’s the list of some of the most beautiful beaches in Yucatán on which to enjoy a warm Christmas, New Year’s or other delightful holiday weekend in one of the top-trending destinations of 2022 and beyond:

Celestún: Without a doubt, a natural and eco-tourism paradise, Celestún is home to exceptional landscapes where extensive beaches rife with abundant coconut palms and mangroves are an ideal setting for lovers of outdoor activities. This area is part of the World Heritage Special Reserve of the Ría Celestún biosphere, which is home to approximately 400 species of migratory birds that arrive in the entity from December to March, making for an incomparable natural spectacle of flora and fauna.

Telchac: One hour away from the capital city Mérida lies the port of Telchac, an ideal option for all those who seek peace and quiet during their vacations. Its peaceful waters are perfect for swimming in complete tranquility. Here, you can also visit the Museum of the Sea, the only such attraction in the area, which maintains an exhibition of various species of marine fossils, snails, shells and more.

Xtampú & X’Cambó: Not far from Telchac is the beautiful Laguna Rosada, with its singular pink color. It comprises part of Xtampú’s lagoon, where — in addition to taking spectacular photos — you can learn about the process of salt extraction. While in the area, you can also learn more about the ancient Mayan culture by visiting the archaeological zone of X’Cambó, one of the few ruins close to the coast, which is believed to have been an ancient fishing port that supplied the main Mayan cities with food. 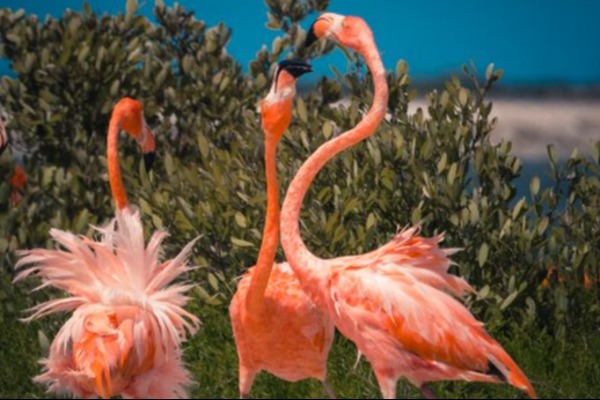 Cancunito: Located in Río Lagartos — just three hours’ drive from the capital and very close to Las Coloradas, famous for its large pink pools — Cancunito stands out as one of Yucatán’s most spectacular virgin beaches. Tantalizing those who visit with a fantastic natural setting, this tropical paradise has abundant mangroves as well as coastal dunes that, thanks to vegetation, form an extraordinary ecosystem where species such as Hawksbill, White, and Loggerhead sea turtles arrive to spawn.

San Felipe: Half an hour away from Cancunito lies the small fishing and tourist port of San Felipe, where you’ll find rustic wooden houses in a mix of cheerful colors. Enjoy a day at the town beach, where white sands, turquoise waters and peaceful tranquility are just part of a normal day. Today, San Felipe has become one of the most popular spots in Yucatán for nature lovers, thanks to the unique beauty of its surroundings.

Río Lagartos: A small traditional fishing port that today is one of the best kept “secrets” in the Yucatán Peninsula, the town lies right at the entrance to the well-known Ría Lagartos Reserve Natural Park, where you can explore a fascinating environment that’s home to crocodiles, sea turtles and hundreds of species of birds, including flamingos and pelicans.

El Cuyo: At the northeastern tip of Yucatán, El Cuyo is just three hours from the state capital. This little Eden is one of the most unique corners of the state, lying right at the end of the Costa Esmeralda. Its main claim to fame is being the place where the Gulf of Mexico and the Caribbean Sea meet; the mix of currents and winds make the area ideal for sports such as sailing and kitesurfing. 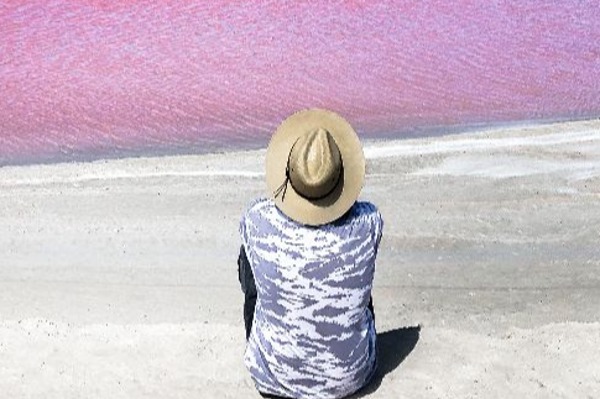 Along with its beaches, Yucatan also offers 18 archaeological zones open to the public, around 100 cenotes, four historical “Magical Towns” and a cosmopolitan capital city that stands out as the cultural and gastronomic hub of the country’s entire southeast.