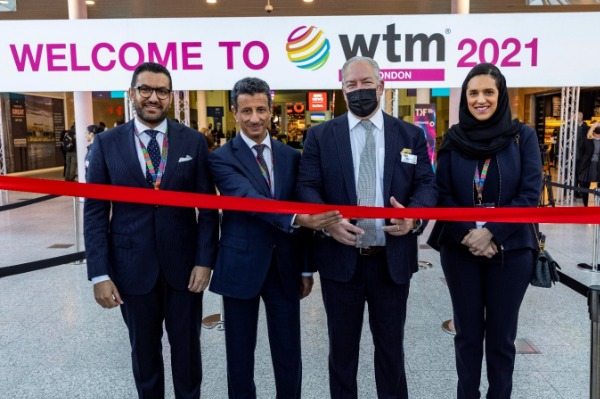 The first day of the show welcomed exhibitors from over 100 countries and regions, more than 6,000 pre-registered buyers from 142 countries and travel professionals from all over the world.

Press Today’s Mitchell McClung was on hand for the opening of the largest gathering of travel industry professionals in the world since the pandemic began. The show featured numerous business meetings, insightful conferences and press conferences.

Responsible tourism was the key theme for the day. As the leading global event for the travel industry, WTM London has championed the cause of responsible tourism and the annual WTM Responsible Tourism Awards celebrated the best of travel across categories – winners list will be released this morning.

During Day 1, the WTM Industry Report was released, with some of the top-line findings revealing that younger people are increasingly turning to travel agents to book holidays because of the confusion and problems seen during the pandemic. 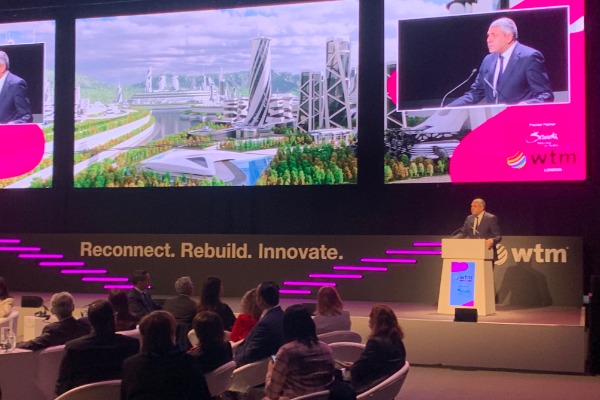 The report also found that holidaymakers are four times as likely to book a package than a sharing-economy stay for next year.

Almost a third (32%) of those thinking about an overseas holiday in 2022 are most likely to book a package holiday, compared to 8% who will book through a sharing economy site, such as Airbnb.

When consumers were asked about where they would like to go, the top hotspot was Spain, followed by other traditional European favourites such as France, Italy and Greece, and the US – which will reopen to British holidaymakers on Nov. 8 after being off limits since March 2020.

The report also revealed that most of the 700 trade professionals quizzed for the survey are expecting 2022 sales to match or beat 2019.

John Strickland, WTM’s aviation expert, said low-cost carriers such as Ryanair and Wizz Air were seeing better traffic figures but airlines such as British Airways and Virgin Atlantic, which rely on long-haul and transatlantic routes, were taking longer to recover.

He cited a forecast from IATA which said traffic will not be back to pre-pandemic levels until 2024.

Also, he does not think business travel will bounce back in the way that the markets have done so for leisure and visiting friends and relatives. 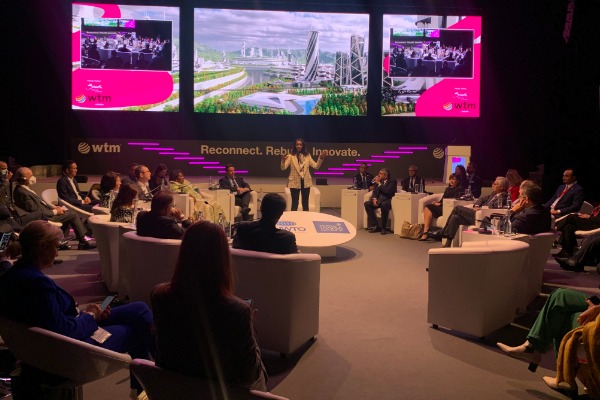 However, Tracey Halliwell, Director of Tourism, Conventions & Major Events at London & Partners, said there is a “strong” pipeline for business tourism and major events in the capital.

“I am eternally optimistic that London will return to its exalted status,” she said.

Leisure travel will outweigh any shortfall in business tourism because there will be more “bleisure”, which will see people adding holiday elements to their work trips, added Halliwell.

Harold Goodwin, WTM’s responsible tourism expert, said the aviation sector will need to be regulated, unless it cuts its own carbon footprint, he warned.

As other sectors decarbonize, global aviation will become a larger proportion of emissions, rising to about 24% by 2050 if current trends continue.