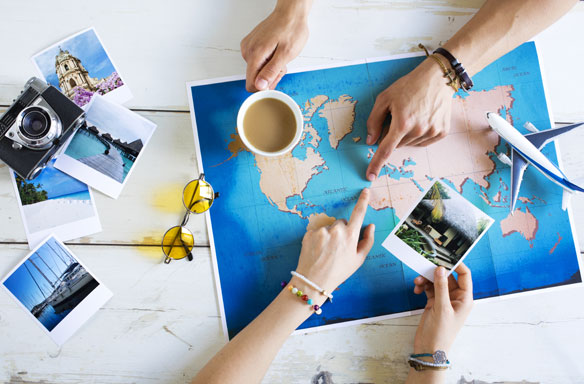 In its latest tracking study of American travellers, Longwoods International reports that a quarter are postponing travel because of the recent increased spread of the Delta variant of COVID-19.

With coronavirus case numbers, hospitalizations, and deaths on the rise again, support among travellers for opening their communities to visitors also has dropped from a peak of 67% in early June to 57% today.

The tracking study also found that confidence in the safety of eating in local restaurants and shopping in local retail locations has suffered a similar decline, from three-fourths to only two-thirds of travellers.

Amir Eylon, president and CEO of Longwoods International, observed that: “We may be approaching a new pandemic tipping point, in the battle between the more transmissible Delta variant and the power of vaccinations to prevent or at least lessen the impact of infections.”

Eylon added: “Hopefully awareness of the potentially severe impact of this new variant will motivate unvaccinated Americans to protect themselves, their families and their communities by taking the shot.”

With a decline in confidence in welcoming visitors into communities, Longwood International also reports that travellers were expressing strong support for requiring vaccinations for inbound international travellers arriving in the U.S.

In fact, more than half would require vaccinations for all international travellers to the U.S. and another 14% would make that a requirement for visitors arriving from “high-risk” countries.

The survey, supported by Miles Partnership, was fielded July 21, 2021 using a national sample randomly drawn from a consumer panel of 1,000 adults, ages 18 and over. Quotas were used to match Census targets for age, gender, and region to make the survey representative of the U. S. population.