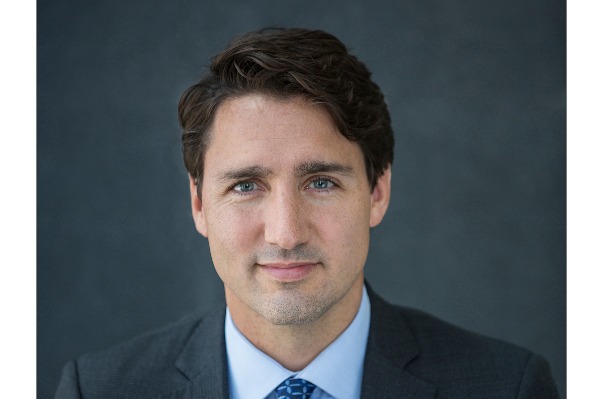 It came as no surprise that the federal government announced that it was moving ahead with its plans to require COVID-19 vaccination across the federal public service and federally regulated transportation sectors.

Nor was it a surprise that it also announced that travellers departing from Canadian airports, and travellers on VIA Rail and Rocky Mountaineer trains, will be required to be fully vaccinated, with very limited exceptions, effective Oct. 30, 2021.

In making the announcement, Prime Minister Justin Trudeau also indicated that the federal government is working with the industry and key partners to put a strict vaccine requirement in place for cruise ships before the resumption of the 2022 cruise season.

The Prime Minister said that: “Vaccines are the most effective tool against COVID-19, and countless Canadians — including many public servants — have already done their part and gotten their shots. But no one is safe until everyone is safe. We have enough doses in Canada for every person to be fully vaccinated across the country, so I encourage all Canadians who haven’t been vaccinated to book their shot today. Together, we will finish the fight against COVID-19.”

Chrystia Freeland, Deputy Prime Minister and Minister of Finance, pointed out that: “The best economic policy is a strong public health response, including encouraging vaccination for all eligible Canadians. As the country’s largest employer, the Government of Canada is leading by example.”

Freeland explained: “By requiring people who work in the public service to be fully vaccinated, we are putting the health and safety of public servants, their families, and their neighbours, first. This also protects the safety of anyone who enters a federal office to get the services they need.”

The Deputy Prime Minister and Finance Minister continued: “And we’re making sure travellers are safe, which will help hard-hit sectors recover. These responsible and practical actions will accelerate our economic recovery and give businesses valuable confidence that our strong economy is less vulnerable to COVID-19-related lockdowns.”

Commenting on the announcement, the president and CEO of the National Ailrines Council of Canada, Mike McNaney said: “Since the outset of the pandemic, Canada’s major airlines have been committed to protecting employee and passenger health and fully supported the travel and employee vaccination requirements when first announced by the federal government in August.

Since then, air carriers have moved forward with their respective mandatory vaccination policies for employees to ensure compliance by the end of October.”

“However, because consultations could not be held during the election campaign concerning mandatory vaccination requirements for air travellers, further to today’s (Oct. 6) announcement we are urgently looking forward to immediate engagement with officials on the implementation details and proposed regulations, including the responsibilities of government agencies,” McNaney said.

NACC’s boss pointed out that: “Timelines are very tight to implement the travel rules. While we are committed to effective implementation it is imperative that the federal government quickly develop a standardized and digital proof of vaccination for air travel.”

And he continued: “With aviation becoming one of the only sectors requiring fully vaccinated employees and customers, it is also imperative that the government work with us and determine what measures established prior to the full vaccination mandates can be amended, such as mandatory PCR testing pre-departure for fully vaccinated international travellers coming to Canada.”

McNaney observed that: “In May the government’s own COVID-19 Testing and Screening Expert Advisory Panel recommended the removal of pre-departure PCR testing for the fully vaccinated, a move that would be consistent with the approach adopted by other countries including Germany, France, UK, Denmark.”

He noted that: “The current blanket federal travel advisories also need to be reconsidered, given that the new rules will require air travellers leaving Canada to also be fully vaccinated.”

Concluding, McNaney stated: “As these new policies are implemented, Canada’s major carriers will maintain their ongoing support for vaccination campaigns, while continuing to invest heavily in the safe restart of travel and tourism in order to drive our national economic recovery in every region of the country.”

Under the new policy, federal public servants in the Core Public Administration, including members of the Royal Canadian Mounted Police, will be required to confirm their vaccination status by Oct. 29, 2021. Those who are unwilling to disclose their vaccination status or to be fully vaccinated will be placed on administrative leave without pay as early as Nov. 15, 2021.

Employers in the federally regulated air, rail, and marine transportation sectors will have until Oct. 30, 2021, to establish vaccination policies that ensure employees are vaccinated.

Crown corporations and separate agencies are being asked to implement vaccine policies mirroring the requirements announced today for the rest of the public service. The Acting Chief of the Defence Staff will also issue a directive requiring vaccination for the Canadian Armed Forces. The government will keep working with employers in other federally regulated workplaces to ensure vaccination is prioritized for workers in these sectors.

By requiring vaccination from federal public servants, travellers, and employees in federally regulated transportation sectors, the Canadian government will reduce the risk of COVID-19, prevent future outbreaks, and better protect the health of Canadians. Vaccination continues to be a priority for the government as we work to ensure a strong economic recovery and build a safer and healthier Canada for everyone.