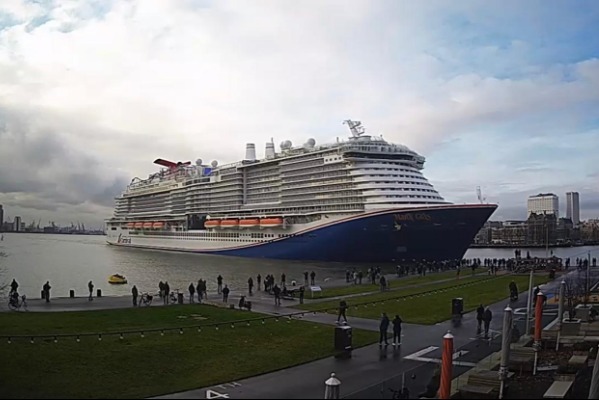 Just before Christmas, Carnival Cruise Line’s new Mardi Gras made its first port call in Rotterdam, The Netherlands, where the ship refuelled its innovative Liquefied Natural Gas (LNG) propulsion system for the first time after delivery.

Mardi Gras, set to begin sailing from Port Canaveral, Fla., this year, will be the first cruise ship in the Americas to be powered by LNG.

In its liquefied state, LNG is odorless, colourless, more environmentally friendly and less expensive than other fuels. LNG is considered the marine industry’s most advanced fuel technology. LNG does require, larger, custom-built tanks than conventional fuel as well as specialized refueling stations, such as the one in Rotterdam.

One of the most technically advanced ships at sea, Mardi Gras is equipped with four medium speed LNG engines that will be run in port and at sea. The ship can operate for two weeks between refuellings.