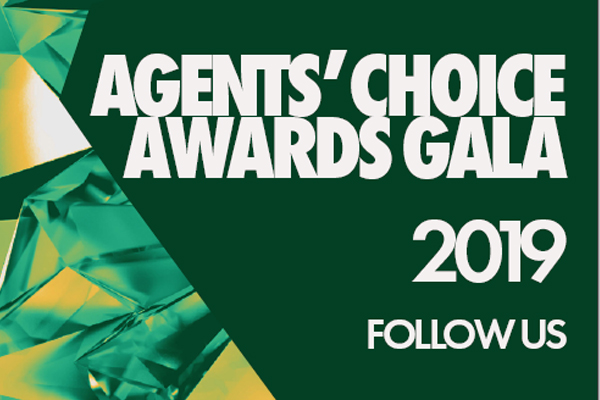 Plus there will be a prize for the most engaged social media follower … watch for prize details coming soon!

In 2019, the Agents’ Choice Readership Survey celebrates its 20th anniversary of tracking the supplier favourites of Canadian travel agents at Agents’ Choice Awards Gala in Toronto on June 13.

At this year’s Gala, we’ll mark the emerald anniversary of Canada’s most trusted travel industry readership survey with a night of celebrations that include:

Plus, we’ll be awarding the prestigious W.H. Baxter Lifetime Achievement Award to one of our industry’s deserving luminaries.

Ah, but the Gala doesn’t end when the last award is presented, nope, those attending the 20th anniversary event will enjoy an exclusive after party hosted by Tourism Ireland and Royal Irish Tours, and featuring:

And the entire evening is supported by presenting sponsors Air Canada rouge, Sandals and Trafalgar.

So get social and follow us using the hashtag, #agentschoice.