Celebrity Edge Offering Something To Suit All Tastes 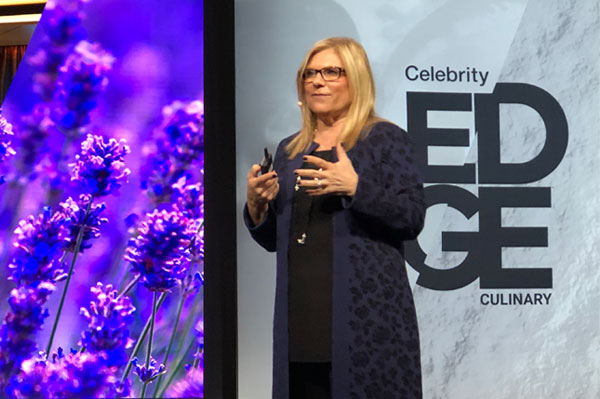 From an exhilarating, sky-high dinner cantilevered 16 decks above the ocean, to an immersive fusion of technology, animation and dining, Celebrity Cruises is taking its culinary experiences to new levels with the launch of its Edge Class of ships, as revealed last night (Feb. 28) at a VIP gala in New York City, attended by PressToday’s Greg Coates.

The event was the latest in the Edge series of “reveals” launched more than a year ago in Miami. This one focused on the culinary experience aboard Celebrity Edge, which will set sail in November.

“A little bit of something for everyone,” noted one official.

All food will be made from scratch, led by Michelin-starred chef Cornelius Gallagher. Homemade pasta and bread baked daily will be the order of the day. Fresh, locally grown produce will also be a mainstay.

“Once again Celebrity Edge is solidifying, amplifying, and putting a superlative on our award-winning culinary experience, allowing our guests to explore the world without ever leaving their table,” said Celebrity president Lisa Lutoff-Perlo. “From the amazing destinations we visit globally, to the local ingredients sourced to satisfy the visionary recipes… we open up the world through our unique culinary offerings.” 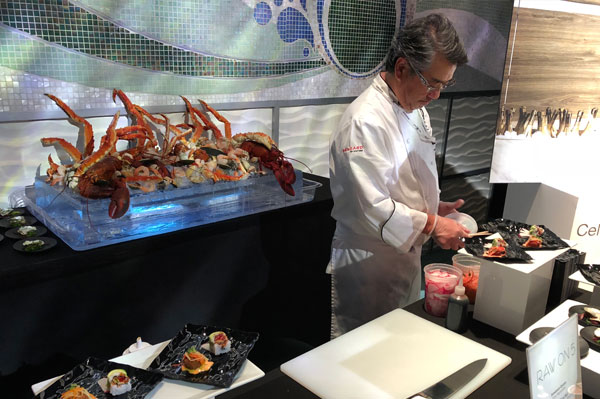 Unique features aboard the Edge include the Magic Carpet which will move up and down the side of the ship serving functions that range from a tender boarding platform (when it’s positioned alongside Deck 2) to a 90-seat alternative restaurant (when it’s positioned near the top of the vessel on Deck 16).

Homeporting in Fort Lauderdale, Celebrity Edge will be making her its first sailing Nov. 21. Edge will be joined by three sister ships in 2020, 2021 and 2022.

For more on Celebrity Edge and its pending launch, watch for upcoming issues of Canadian Travel Press and Travel Courier.

Plus check out a new video by clicking here.

Seen in the photo is Celebrity Cruises’ president, Lisa Lutoff-Perlo.