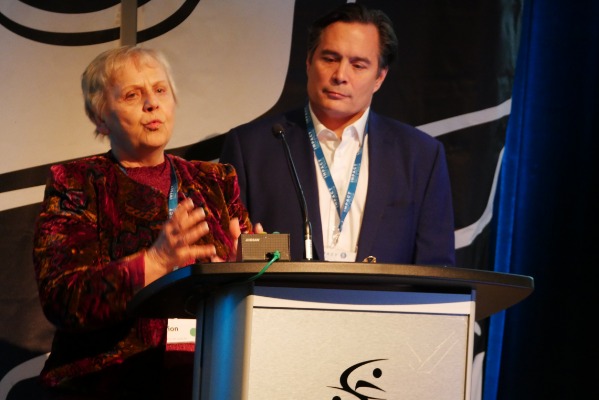 Day One of the IMPACT Sustainability Travel & Tourism Conference was characterized by an urgency to tackle tourism agendas in a new world economic order, reports Press Today’s Ted Davis, who’s attending the event.

Post-pandemic hindsight is allowing tourism stakeholders and thought leaders to reassess the effects of Covid-19 on the industry, said western Canada editor Ted Davis, who is attending the conference. They brought their methods and theories to the conference, which is being held in Victoria until May 11.

There were some positive effects of the pandemic, said Marion Joppe, president of Tourism Environment and a professor at the University of Guelph. Joppe, the co-chair of IMPACT 2021, said the pandemic provided time to reflect on the market position and missions of tourism.

For instance, businesses had to quickly find and adapt to local supply chains, with all international borders closed. “We had taken the supply chains for granted, but now we needed focus on local… everything from food to vaccines.” This shift was especially apparent to tourism operators, and a benefit to local suppliers.

Also, business operators of all stripes were witness to a succession of natural disasters triggered by climate change, including fires, floods and a heat dome.

More immediately apparent to tourism businesses was a change in perspective regarding front line workers. Often treated with less respect, front line workers suddenly found themselves in jobs with high risks, becoming much more valued as a result, said Joppe.

“Now we want them back, and we can’t afford to treat them the same as in the past,” she said. “We need those people to help move the industry forward….now the politicians know how vital tourism is to the economy,” she said.

One tourism firm that acted on the pandemic opportunity was Maple Leaf Adventures, whose story of environmental action was a high point of the day. The company is one of a group of small ship operators on the West coast of B.C. that supported an ambitious clean-up of remote, once-pristine coastal beaches.

With businesses basically on hold, the Small Ship Tour Operators Association assembled a work crew numbering about 100. They collected 210 tonnes of marine debris across 300 km. of remote shoreline.

The Canadian tourism industry has the opportunity to impact global change and lead the world into a new age of environmental and social responsibility, says an IMPACT message.

Presenting his annual Climate Reality Check was Robert Sandford of the United Nations University Institute for Water, Environment and Health. He delivered a sobering overview of the global threat of the climate crisis, plus the still-lingering effects of the pandemic as well as war in Ukraine.

But from this dark outlook Sanford offered reasons for hope, describing for example leaps ahead in technologies like carbon sequestering and regenerative agriculture. And he suggested that Canada could be a leader in liberating humanity from fossil fuel dependence, with resulting benefits for tourism.

Between 250 and 275 delegates are expected to attend the conference. A Day of IMPACT, during which attendees visited and experienced elements of sustainable agriculture and dining in the Victoria region, took place on May 8 and was a successful event.

Marion Joppe, co-chair of the IMPACT Sustainability Travel and Tourism Conference, offered post-pandemic tourism perspectives. She was joined on stage at the conference by co-chair Keith Henry, president of the Indigenous Tourism Association of Canada.