G Adventures Sets Out On The Trans Bhutan Trail 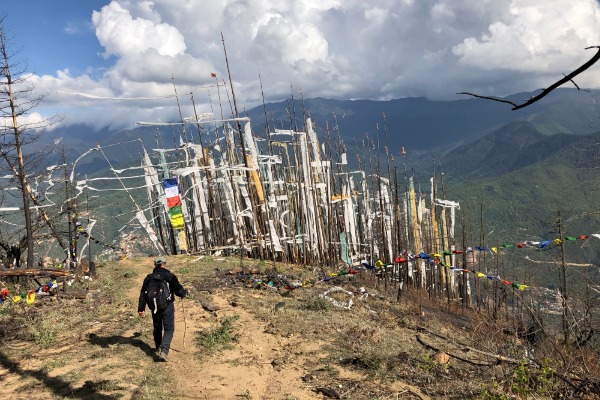 After two years of extensive restoration, the Kingdom of Bhutan will reopen the historic and sacred Trans Bhutan Trail for the first time in 60 years in March 2022.

The trail will be officially inaugurated by His Majesty the King of Bhutan, whose vision it was to restore the ancient route for tourism, adventure and connection. From April 2022, international tourists will be able to walk the trail for the first time, simultaneously providing much-needed economic benefits to rural communities along the way.

G Adventures, has been selected by the Bhutan Canada Foundation, the non-profit that led the restoration of the trail, as the first group adventure operator when the trail launches to the public.

The Trans Bhutan Trail’s origins go back thousands of years to when it was part of the ancient Silk Road. Official records can be traced to the 16th century when it was the only route between the east and west of the country, connecting fortresses – or Dzongs – deep in the remote eastern Himalayas.

It also served as the pilgrimage route for Buddhists in the east to travel to sacred sites in western Bhutan and Tibet, and legendary Garps –  trail runners – would travel the trail at great speed by foot with mail and important messages, often making their journeys without food or water.

When construction of the national highway began across Bhutan in the 1960s, the trail’s ancient stairways and footpaths gradually fell into disrepair. To prepare for the reopening, in March 2020, the team of surveyors restoring the ancient route began clearing jungles, fording rivers and reconstructing bridges to their former glory.

As they worked, communities provided hospitality and assistance, elders shared stories of the past, and children marvelled at this unusual group, even as Bhutan and the world were enveloped in the emerging COVID crisis.

Yves Marceau, vice president of product at G Adventures, says the operator’s two tours focus on trekking specially selected parts of the 403-km (250-mile) trail and connecting with local people to learn about Bhutanese life and culture, thus combining active travel and cultural immersion with the benefits of community tourism.

Said Marceau: “We’re honoured to be working with the Bhutan Canada Foundation and the Trans Bhutan Trail to launch this newly restored route in magical Bhutan. It’s a country we’ve run tours in for more than a decade and have long admired for its commitment to the happiness of its people and sustainable way of life, which are both philosophies that align with our values as an organization.” 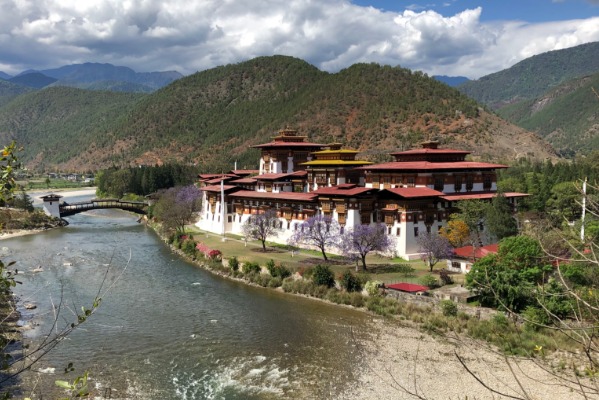 And he continued: “Trails have historically connected remote communities and helped distribute much-needed income to local people as travellers move across the landscape. In today’s world, the pandemic has encouraged people to spend more time in nature and now they are looking for similar experiences when they travel.”

Marceau also noted that: “Our new trips cover the highlights of the trail as hikers traverse forests and meadows and travel through rural settlements around the Dzongs. Travellers can expect an average of three to four hours of hiking each day and delicious local meals each night, whether they are camping or staying in homestays, hotels or local guest houses.”

It is expected that Bhutan’s borders will reopen to tourism ahead of the Trans Bhutan Trail’s official opening ceremony in March 2022.

The two new G Adventures trips on the Trans Bhutan Trail depart from May 1, 2022.

Both are available to book now and include the permits required to walk the trail.

Go to www.gadventures.com or for more on the Trans Bhutan Trail, go to https://transbhutantrail.bt .