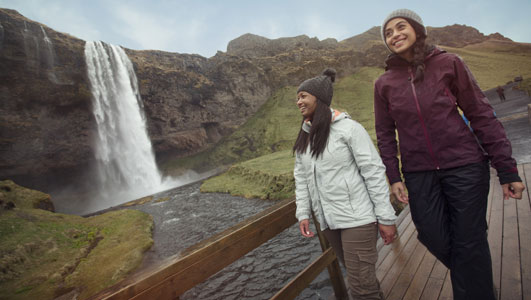 From destinations on the rebound, to places where events, new infrastructure and political changes are making it more exciting or accessible to visit, the adventure pros at G Adventures have come with its forecast for the 12 hottest spots to experience adventure travel in 2019.

“We think of this list as the essential Adventurer’s Dozen, places to put on your short list for vacation consideration in the new year,” says Canadian marketing director Aizaz Sheikh. “The list blends lesser-visited places like Bolivia and Central Asia this year, with long-trending hotspots like Italy, Jordan and Iceland that we think deserve a new look. In each case, our message to travellers is: now more than ever, as boundaries blur, cultures connect and the need to spread good vibes grows, the world deserves more you. Here’s a list to kickstart your planning.”

For 2019, G Adventures has revised its popular Tokyo to Kyoto tour, which will now go further off the tourist trail to Tottori and Hagi. Travellers will visit a new ‘G for Good’ social enterprise, the Hagi Homestay Association, which creates purpose and an income for the aging population of Hagi City. An 11-day trip from Tokyo to Kyoto is priced from $3,999 p.p., with departures beginning in January.

G Adventures has seen a 72% increase in travellers to Uzbekistan over the past five years, and interest in exploring the ‘Stans shows no sign of slowing down.

In 2019, adventurers can check out two new trips into the heart of the region, including Best of Uzbekistan and Turkmenistan. Turkmenistan is an entirely new destination for the tour operator. A 13-day trip is priced from $2,399 p.p., travelling from Tashkent to Ashgabat. Departures begin next May.

Senegal is hoping to further stimulate tourism, with its recently constructed new airport near Dakar. A new 10-day tour Senegal and The Gambia trip is priced from $2,599 p.p., with departures from Dakar starting in June. 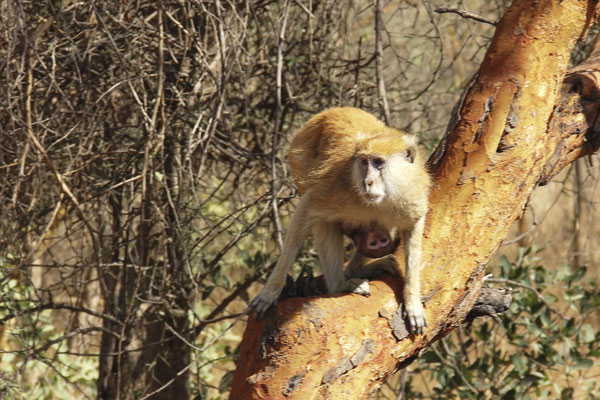 The New York Times recently proclaimed it as “Asia’s most food-obsessed country.” A 10-day Taiwan tour from Taipei return is priced from $3,249 p.p., with first departures next September.

The tour operator first launched sailing trips along the country’s southern coast last year, and introduced an eastern itinerary after the first trips quickly sold out.

This month, Sailing Sri Lanka – North Coast joins the offerings, taking travellers to the lesser-traveled region that was previously isolated from tourism due to civil war. Now, it is open for business. A seven-day trip from Jaffna return is priced from $1,999 p.p.

G Adventures’ new Highlights of Bolivia tour with National Geographic Journeys invites adventurers to learn about the country’s rich cultural heritage, plus visit La Paz, one of the world’s highest-altitude capital cities. Visitors will also get a taste of hacienda life among the indigenous Jukil community in a G for Good social impact project. An upgraded eight-day trip starts at $2,549 p.p.

To support these efforts, G Adventures will offer all its travellers to the Islands a complimentary, reusable, stainless steel water bottle for trips beginning Jan. 1. The tour operator also added a fifth yacht to its fleet of chartered vessels (called Eden), following 22% growth in global bookings over the past year. A seven-day cruise with shared cabin through the Central and Northern Islands, for example, is priced from $3,839 p.p.

In recognition, G Adventures has introduced a new tour for 2019, as well as two new “G for Good” social impact projects; the Jia Community Restaurant which supports local women in Souf, and the Al Numeira Environmental Cafe helping water conservation near the Dead Sea. The new “18-to-Thirtysomethings” tour to Israel & Jordan is priced from $1,799 p.p. for an eight-day trip travelling from Jerusalem to Tel Aviv. 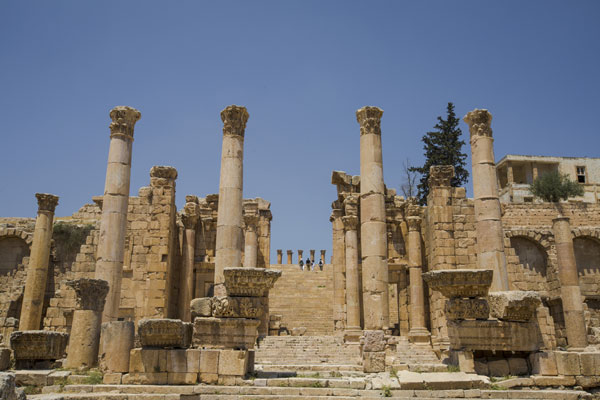 Iceland is no exception. G Adventures continues to see growth in tourism here, with trip sales up 127% over the past two years. Its new ‘G for Good’ social impact project, the Solheimar Ecovillage, supports Icelanders living with disabilities and helps spreads travel dollars further afield.

G Adventures’ new Wellness Iceland tour also makes its debut in 2019, with seven-day trips priced from $3,649 p.p. and departures beginning in May.

G Adventures experienced a 98% increase in bookings to Ethiopia over the past year – a trend that will hopefully continue among female travellers especially, following the prime minister announcing half the country’s cabinet will be women.

A 10-day Ethiopia tour from Addis Ababa is priced from $3,199 p.p., with departures beginning in January.

Despite some of its main sites coming under pressure by over-tourism, there are still plenty of lesser-visited regions to explore, such as on G Adventures’ new Local Living Coastal Tuscany tour, where travellers will stay in a former G Adventures staffer’s family home in Capalbio. Priced from $1,999 p.p. for a seven-day trip from Rome, with departures beginning in May.

Visitors to parts of Argentina in July will be treated to a solar eclipse on the 2nd of the month, and beginning in October, G Adventures’ will offer a health-focused trip from its new Wellness travel style, featuring morning yoga sessions and afternoon excursions in Patagonia. An eight-day Wellness Patagonia trip is priced from $2,999 p.p. with departures from Buenos Aires starting next October.