Gaviota Keeps On Growing in Cuba 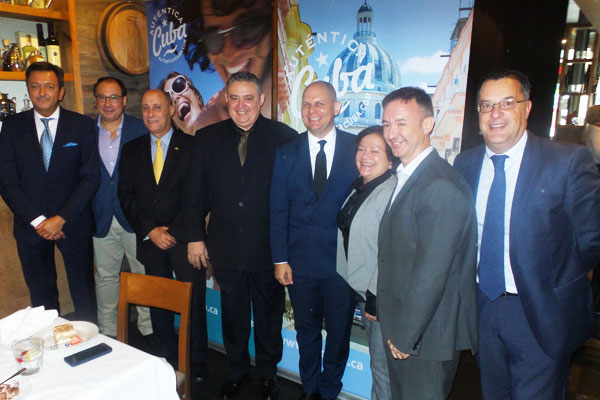 Something old, something new…

Cuba’s Gaviota Tourism Group has put a new face on an Old Havana landmark that it says adds another upscale dimension to the Cuban capital.

Gaviota’s vice-president of marketing Frank Pais Oltuski Rodriguez told a Monday Toronto audience that developments for the Cuban tourism powerhouse include the just-opened 321-room Iberostar Grand Hotel Packard, which Gaviota says provides a “new standard of luxury” in Havana. The building itself dates back to 1911 but the now-Iberostar property underwent a major renovation prior to its opening.

And Pais Oltuski Rodriguez added that Gaviota now has over 30,000 rooms throughout the country, representing almost half of the entire Cuban room inventory.

Gaviota is growing at a rate of more than 12% a year and plans call for the addition of 7,000 more rooms before 2025 as demand for Cuban hotel rooms grows.

Other developments cited by Pais Oltuski Rodriguez include the continuing rollout of WiFi in all areas of its Santa Maria Hotels and WiFi’s eventual extension to all Gaviota properties.

Tourism officials report that hotels that were forced to undertake post-Irma repairs used the opportunity to upgrade.

Eloy Govea, who oversees the Cuba Tourist Board’s English-Canada office, predicts this winter’s visitations will be up 5% from two winters ago. “We are very confident we’re going to have a tremendous winter.”