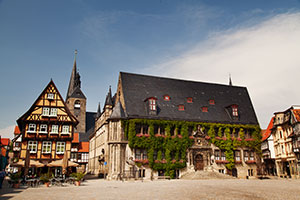 Incoming tourism to Germany continues to show steady growth, with an increase of 3.3% in June. According to provisional figures from the Federal Statistical Office, 39.8 million international overnights were registered across hotels and accommodation establishments with more than 10 beds between January and June – a 3% (1.2 million) rise for the equivalent period of the previous year.

Petra Hedorfer, CEO of the German National Tourist Board (GNTB), observed, “Destination Germany is positioning itself well within the increasingly competitive market. According to the latest trend analysis by IPK International to develop international travel in line with the World Travel Monitor, Germany’s incoming tourism is performing better than the worldwide average (plus 3.5%) with an increase of 3.7%. Germany is even generating a growth of 4% from European source markets, according to IPK, placing it well ahead of the European average (plus 2.5%).“

There was a 4.7% increase on comparative figures of the previous year in flight bookings made by overseas visitors throughout the first half of 2019, according to analyses by market research company Forward Keys. The segment of advance bookings (at least 120 days prior to departure) grew far above average by 11%.

And early indications for the second half of 2019 suggest ongoing stable development. According to Forward Keys, the advance bookings for flights from overseas markets to Germany were 2.1% above the comparative figures of the previous year at the end of July.

Hedorfer notes, “These latest analyses should not let us forget that we still have major challenges such as weaker economic growth in the eurozone, climate discussions, trade conflicts and the possibility of a no-deal Brexit to overcome.”