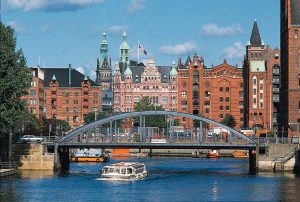 Following a strong December in overnight stays from Canada, Germany is also seeing an upswing for January, with stats showing a 3.5% from January 2016.

Antje Splettstoesser, director, marketing and sales for the German National Tourist Office in Canada, commented, “This is a very encouraging start for 2017. We are delighted to see the upswing in overnights from Canada. It bodes well for the year, a year when we are celebrating the 500th anniversary of Martin Luther’s publishing his 95 Theses, marking the beginning of the Reformation. Also, the city of Kassel presents the 14th documenta exhibition of contemporary art, and Berlin is hosting the International Garden Show this time, which happens only every 10 years, changing cities around the globe.

“And let’s not forget,” added Splettstoesser, “two major international sporting events take place in Germany in May and early July respectively – in Cologne, a series of matches, the semis and the finals of the International Hockey World Championship and, in Düsseldorf, the launch of the 104th Tour de France.”