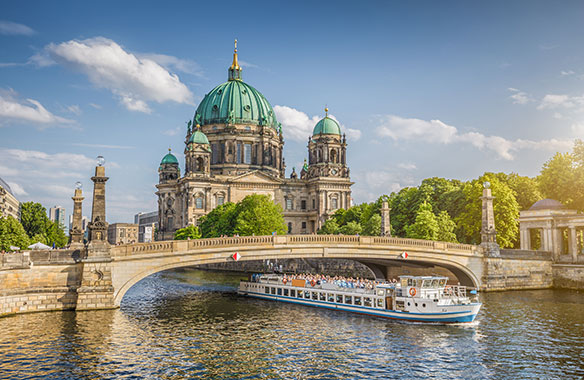 As tourism executives celebrate a ‘significant increase’ in international travel demand, the German National Tourist Board (GNTB) makes it clear that that increase is the direct result of the country’s global brand image.

Site Minder’s World Hotel Index registers a share of foreign guests in bookings of German hotels of 30.8% across 400 global hotel booking channels for October 2021. According to this, the incoming share on these reservation channels has reached the pre-crisis level again.

As well, Ipsos announced that Germany has once again taken the top spot in the Anholt Ipsos Nation Brands Index (NBI) 2021. It is followed in second and third place by Canada (70.64 points) and Japan (70.52 points). Since 2008, Germany has ranked among the top 3 in the NBI, and in 2021 it placed number one for the seventh time.

Petra Hedorfer, CEO of the GNTB’s Executive Board, said, “The latest news demonstrates the direct link between Germany’s excellent reputation, growing willingness to travel in our core markets, our countercyclical marketing activities and a successful recovery strategy for restarting incoming tourism, as well as positioning Germany as a travel destination in the increasingly fierce competition among destinations.”

In the overall NBI 2021 ranking, Germany received 71.06 points, 1.94 more than the previous year and the highest average score measured in the history of the NBI.

Germany is ranked in the top 10 in five of the six sub-indices that make up the NBI: Exports, Government, Culture, Tourism and Immigration/Investment. In the tourism segment, survey participants rate Germany at 73.24 points, 2.65 points better than in the previous year, which is 10th place in the global ranking. In the subcategories on tourism location, “Historic Buildings” and “Vibrant Cities,” in particular, it enjoys an above-average esteem — ranking 7th in both categories.

In addition to the general image comparison, the NBI identifies the five most pressing global tasks according to the respondents. According to the survey, the most important issue in 2021 is the protection of the environment and natural resources, followed by poverty reduction, improving living conditions and quality of life, dealing with health crises and protecting human rights. In the global comparison of the solution concepts for these tasks, Germany is in second place and under the aspect of health management it is in first place.

Go to www.germany.travel for more.