Home › Cruise › Get Up Close And Personal

Get Up Close And Personal

Victory Cruise Lines Brings The Destination To Its Passengers 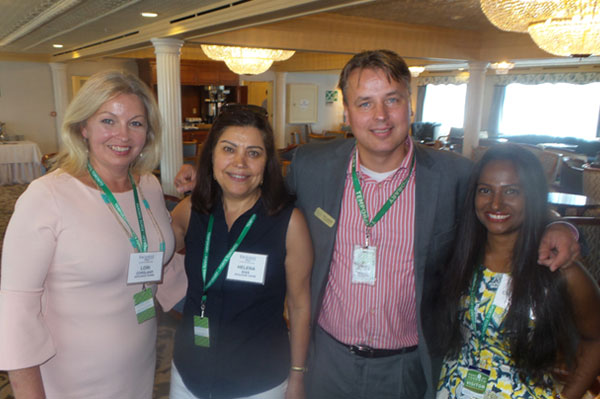 Victory Cruise Lines is promising that its passengers can get up close and personal with those who reside in the places its vessels will call in.

The company, which will launch its second ship in July and offers sailings on the Great Lakes and the St. Lawrence during summer and fall and winter cruises around Cuba and along the shores of Mexico’s Yucatan Peninsula, prides itself on shore excursions that it labels immersive.

“We bring the destination to you,” company president Hans Lagerweij said during a June 12 Toronto reception on its Victory 1, which was anchored in the Ontario capital before weighing the anchor on a cruise that sails Lakes Ontario, Erie, Huron, Michigan and Superior. The Great Lakes sailings visit such major urban areas as Toronto, Detroit, Chicago and Cleveland, and smaller locales, such as Niagara Falls

Lagerweij said The Victory 1 and upcoming Victory II offer “informal luxury” on all-inclusive sailings that see fares include the likes of meals, drinks and shore excursions. Those shore excursions can include the likes of the Ford Museum in Detroit, while Cuba sailings that begin and end in Miami amount to what Lagerweij called “the most immersive cruises to Cuba” that “really give an authentic experience – meeting the people.” Cuban experiences can include visiting novelist Ernest Hemingway’s Havana-area home, arriving at it in the sort of classic American cars associated with Cuba. Unusual Mexican experiences can include sunrise entrances to the famed archeological site of Chichen Itza, with Victory Cruise Lines passengers arriving ahead of the large numbers of tourists that tour Chichen Itza on day trips from Cancun. Another option awaiting passengers is being “spiritually cleansed by a Mayan shaman” elsewhere in the Yucatan.

Cuba and Yucatan cruises are available in the January-April period.

“It’s not about the ship, it’s about the destinations we visit,” Lagerweij continued.

Arriving later this summer are French Canada cruises that will feature the likes of Montreal and Quebec City.

Lagerweij reported that his company pays travel agents “very generous” commissions of 12% to 15% for sailings of vessels that can hold around 200 passengers but aren’t likely to carry more than 180. Both vessels – which Lagerweij said have a classic look but were built this century – will have around 85 crew members.

Meanwhile, Victory Cruise Lines has just signed a deal with Exclusive Tours that sees Exclusive serve as its Canadian GSA.

Seen in this photo are Christabel Sundram, Lori Copeland and Helena Dias of Exclusive Tours and Lagerweij.