Discovering Another Side Of Jamaica 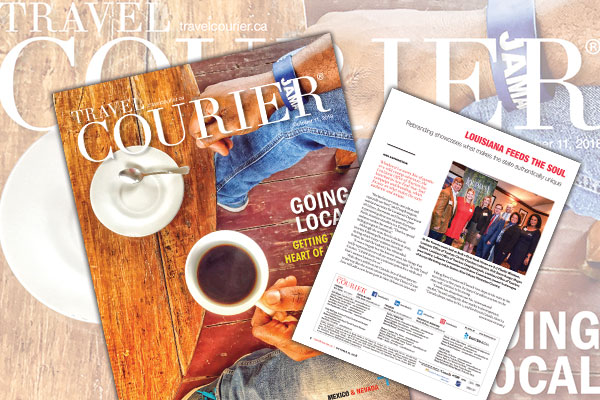 After taking a winding road from Kingston high up into Jamaica’s lush Blue Mountains, I’m sitting in a 200-year-old Georgian style house about to taste coffee brewed from beans grown and harvested in the famed surrounding range, writes assistant editor, Ann Ruppenstein in this week’s digital edition of Travel Courier.

It’s on the veranda at Craighton Estate, overlooking sweeping views of thick green foliage, that I come face-to-face with coffee expert Alton Bedward.

The mission: to discover what makes the mystical Blue Mountain coffee among the best in the world.

Bedward, whose passion is evident even before he describes his career path as “coffee chose me,” has been working in the industry since 1996. After a brief lesson I learn that by the time coffee was introduced to Jamaica in 1728, it had quite a tumultuous life over the centuries – sometimes outlawed, sometimes meticulously prepared by women to woo potential in-laws and other times thought of as the devil’s brew.

“Coffee was seen as a drink of rebels and revolutionaries,” he says. “It’s even said that many of Europe’s revolutions were planned in coffee houses.”

Going back to its first export in 1737, Jamaican coffee was distinguished for its unique flavour profile, the “coffee of kings and queens.”

The top shelf Blue Mountain coffee known internationally is grown in rich soil above 2,000 feet in the mountain range, where the top peak reaches some 7,400 feet above sea level.

“In the context of Jamaica, this is the oldest portion of our island,” he says. “It’s the only portion of Jamaica that is totally volcanic. It has evolved into a microclimate. The temperate here is always seven to 10 degrees Celsius cooler than the rest of the island and the day-to-day weather is very predictable. Overcast conditions, the ever-present Blue Mountain mist, total neutralization of daytime heat, a burst of sunlight in between.”

Long story short, he says the end result premium Blue Mountain coffee ranks at 97.5 in international coffee standards, and “that’s what makes it the best.”