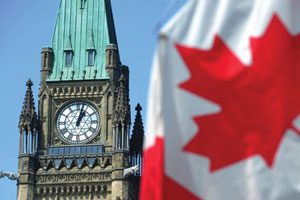 It was a budget with a little bit of everything.

Hotel Association of Canada (HAC) president Susie Grynol was among a select group of stakeholders invited to the “Finance Minister’s Lock Up” yesterday where attendees were given an advance copy of the 2107 federal budget – giving HAC time to review the budget before it was released publicly.

According to HAC, “the Federal Budget presented a mix of good, bad and old news for the hotel sector – but the good news category far outweighs the bad and old news. The permanent funding of $37.5 million per year will allow Destination Canada the sustained funding it needs to make strategic investments in marketing on behalf of the sector. Increased funding for Statistics Canada to track and analyze tourism data will allow us to bolster our advocacy efforts with much needed data.”

The budget recognized the significance of the tourism sector, stating its percentage of GDP, and job numbers across Canada. It also acknowledged that Canada has become a destination of choice according to the New York Times and Lonely Planet.

To attract more international visitors to Canada, Budget 2017 proposes to make permanent the $37.5 million per year in temporary funding previously provided to Destination Canada starting in 2018-19. Stabilized funding will allow Destination Canada to continue its strong collaboration with industry partners to maximize the impact of its marketing campaigns to draw in more tourists from abroad and increase economic activity.

Plans are also in place to complete, enhance and maintain the Trans Canada Trail, in partnership with the provinces and individual Canadians. Budget 2017 proposes to invest $30 million over five years, starting in 2017-18, to be delivered through the Parks Canada Agency.