Where The Nightmares Never End 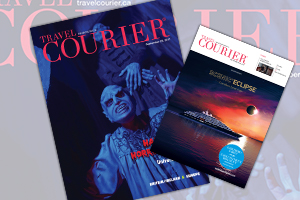 It’s scream season at Florida’s Universal Orlando where clowns with chainsaws, the infamous Overlook Hotel and all things that go bump in the night come together for this year’s Halloween Horror Nights, reports assistant editor, Greg Coates in this week’s digital edition of Travel Courier.

The 27th edition of Halloween Horror Nights runs on select nights through Nov. 4 and is highlighted by more event nights and terrifying frights than ever before.

Touted as the US’s premier Halloween event, Halloween Horror Nights (HHN) is extremely popular and agents with clients looking for a fright are advised to book early.

HHN has come a long way since opening in 1991 with one haunted house. Dubbed “The Festival of the Deadliest,” this year’s version features nine haunted houses/mazes, five scare zones and two live shows.

At a Sept. 15 grand opening event, Universal officials said they’re thoughts and prayers go out to those affected by recent hurricanes and earthquakes and noted that Halloween Horror Nights is an opportunity to give guests an escape… “if only for a few minutes on a sound stage.”

“There’s something for everyone. You’ll come away with something either very entertaining or very terrifying [or both].”

And once within the confines of Universal Studios, there’s no escaping the horrors.

“No where is safe, except the bathrooms,” said one official. “We have no legal rights there – yet!”
For the brave, the horrors come to life in nine disturbingly-real haunted houses based on some of the most horrifying legends in pop culture.

For all the scary thrills, check out this week’s digital edition of Travel Courier.

Posted in Florida, News, On The Road Again
Categories