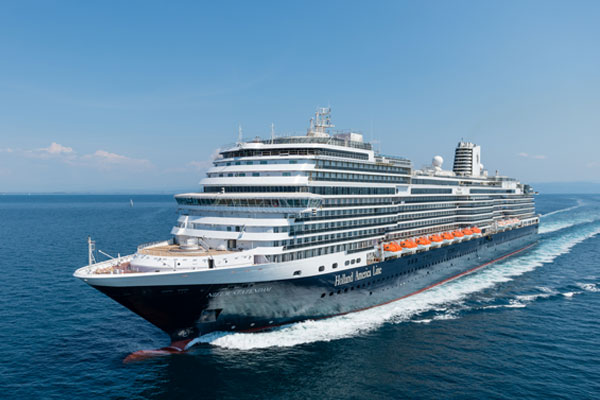 Statendam left Marghera Aug. 10 and performed the first set of sea trials over two days before going into dry dock at Fincantieri’s Trieste shipyard, where the trial’s data was reviewed and standard hull maintenance performed. The ship sailed its second sea trials Aug. 18, making its way back to Marghera Aug. 22 where the finishing touches will be completed.

“The sea trials are a highly anticipated milestone for any newbuild because it takes us one step closer to delivery, and we’re thrilled that Nieuw Statendam gave a strong performance out in open water,” said HAL president Orlando Ashford. “There’s a lot of buzz surrounding Nieuw Statendam and the innovations we’re introducing on board. The ship is going to have an exciting debut in early December.”

Due for delivery Dec. 1, the 2,666-passenger Nieuw Statendam will explore the Caribbean in winter and then move to northern Europe, Iceland and the Mediterranean in summer during its inaugural year.

While much of the ship’s design will be similar to Koningsdam, the first Pinnacle Class ship, Nieuw Statendam will have exclusive public spaces and its own style created by leading hospitality designer Adam D. Tihany and designer and architect Bjørn Storbraaten.